We're all goin' stir-crazy and making shit to cope. Post your inventions here!

The idea for this entered my head this afternoon. I thought it was too good to be true, then I downloaded the isolated vocal and instrumental files and realized, oh SHIT, this works. Like, really well. And so, several hours of audio editing later . . .

Abbie, listening to the original Fall Out Boy song, I have no idea how that thought entered your head, but it absolutely works. Good catch!

You also beat me to the thread, as I wanted to create a "general time-on-our-hands activities" thread. Had a title and all. Guess this is the place now? Let me know if the following is outside the realm of what you had in mind.

So aside from the tagelharpa adventure that's been keeping me busy, Suzie and I have both been doing lots of cooking. She made some amazing hard-crust bread using a traditional Turkish casserole we brought home when we went there last year and I decided to make my own white bread so we could make croque-monsieur (grilled ham and cheese sandwiches, the french name literally meaning bite-gentleman, and no, I have no idea either). 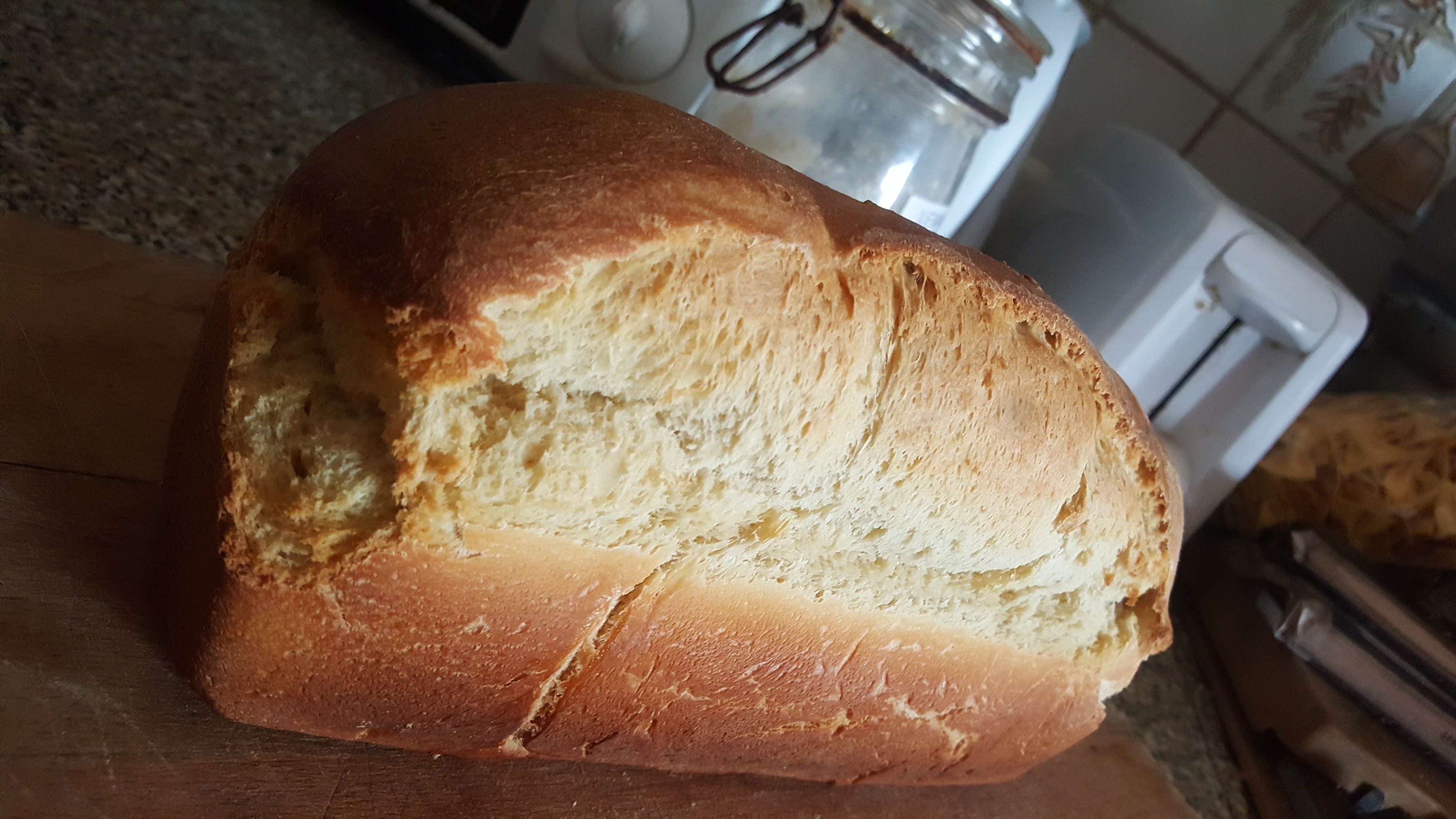 Been making several of those, even gave one to my neighbor in exchange for eggs from her hens. We're already resolving to bartering!

More interesting, as industrial yeast isn't unlimited and because a more natural and ancestral approach could be fun, I've decided to make my own natural leaven.

Which is an absolutely crazy thing.

You put some flour and water in a jar, wait a day, then feed it every day with flour and water and sometimes a bit of sugar or honey to help, and it just starts making bubbles and rising. All thanks to bacteria naturally present in the air. These badass motherfuckers get into the mixture and start transforming it, making yeast. Nature is great.

I'm at day 6, and it's not ready yet, but when it is, I could be set for life. All you need to do is use some of it to make your bread, then regularly feed it so it stays alive. Either feed it everyday or you can put it in hibernation in your fridge and feed it every week or so.

Naturally, such a thing makes it a tradition for leaven makers to give it a name. A friend of mine called his Gollum, and I called mine Karadoc, from the french Arthurian legends TV show Kaamelott. He's the one knight always eating and claiming "Fat is life".

I am very curious about your attempts to create life.

And when I say it, it's wrong.

It's the way you say it.

Music talk in the chat prompted me to get my guitar out and record something - so here's We Are Falling (formerly Shitty Punk Song.mp3). I've been posting bits on the chat, but I thought I'd put a little video together for it and stick it in here for posterity.

Owen, ma dude. You got some canny punk pipes on ya like marra!

I'm not a YouTuber or a podcaster. I don't create professional audiovisual content in any capacity. But I'm stuck in this box for a while, so I decided to go waaay overboard and make myself as pretty as possible for my work video calls.

I've ordered an arm so I can mount the mic closer to me. That's a few weeks away.

The coolest thing to me is that all this stuff (two 4k-ish monitors, HDMI camera capture device, mic, and speakers) is connected to that clamshelled MacBook Pro via a single Thunderbolt port, which also charges the thing. This is the I/O dream.

It would be so much more practical to just stick a Logitech webcam on top of the main monitor and call it a day. But this is way more fun 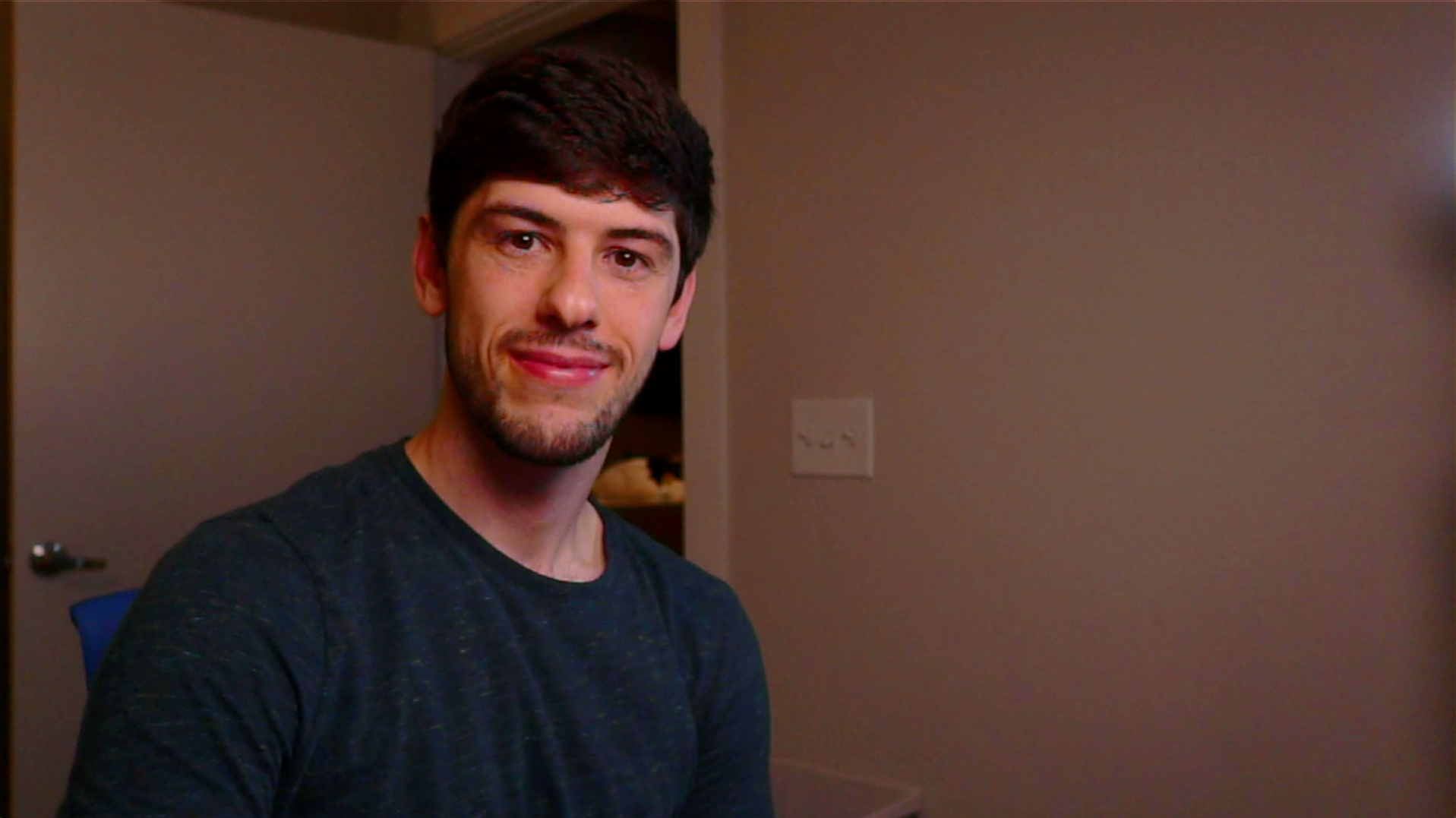 ...tell me more. What of this? I am unaware of this technology, and intrigued.

I imagine it's the sort of thing that gamers would use to capture their game consoles. HDMI in, USB out to the computer, treated like a webcam or any other video device. Elgato HD60 is the standard model but there are many others.

Hot damn. One sec while I page Faldor, he was looking at creating a similar setup.

^ Yep, that's the one I wanted to get. But I couldn't find it in stock. And the one I ended up getting is now out of stock.

I mostly copied this setup (what's the trick to embedded videos? EDIT: aha, thanks Owen!):

But again, so many things are out of stock right now so I had to search around and try things out.

I'm using this for the LED array, and the arm that holds the tripod head just happened to use a 3/8-16 screw. So no need to drill anything.

For some reason, the forum doesn't like to embed videos with HTTPS. So, just take the s out and your embed should work.

This is mostly an inside joke, but I had fun making this salty emblem and wanna share it with the world: 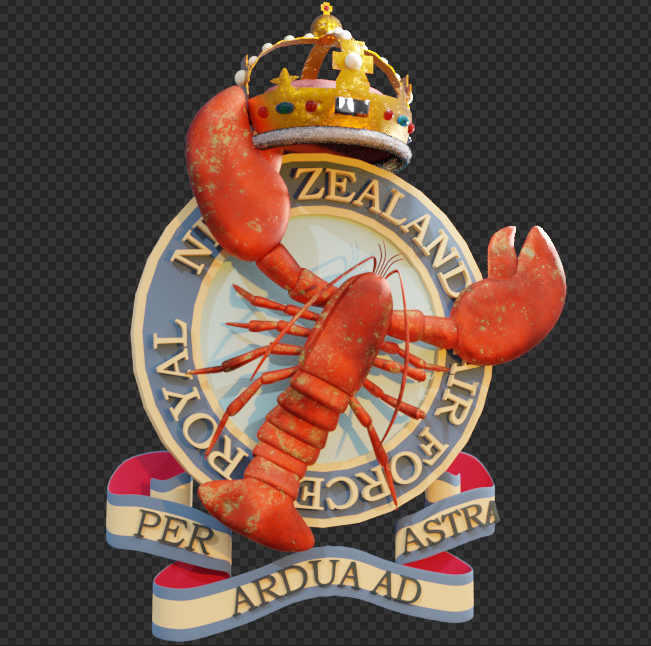 As you specified might happen, I have no idea what the fuck.

That said, it's a fun thing, and I like its vibe.

If y'all need a homemade fishing net, I'm your guy.

Okay fine, I don't plan on fishing with it. Its final purpose is to be a camouflage netting, as I've been studying to add wildlife to my photographic capabilities. I'll cover it with either leaves or stained paper, I need to experiment a bit.

I've also made some kind of camouflage cover for my telephoto lens, with fabric stained with black tea, some carboard and velcro from an old camera bag. I'll try and take a picture of it tomorrow.

Making the net was tons of fun, though. It's not difficult, and quite relaxing!

Do it in a circle and you've got yourself a dreamcatcher.

(Do it in a cylinder and you've got yourself a lobster net.)

((Do it in a tesseract and you've got yourself a Brexit.))

As I said above, I cut a piece of white fabric and soaked it in black tea. Then cut two strips of cardboard to use as support at both ends, stapled the whole thing and glued some velcro bits. Earlier today I found some rubber pieces from an old laptop and added them to the cover so it holds in place on the lens. 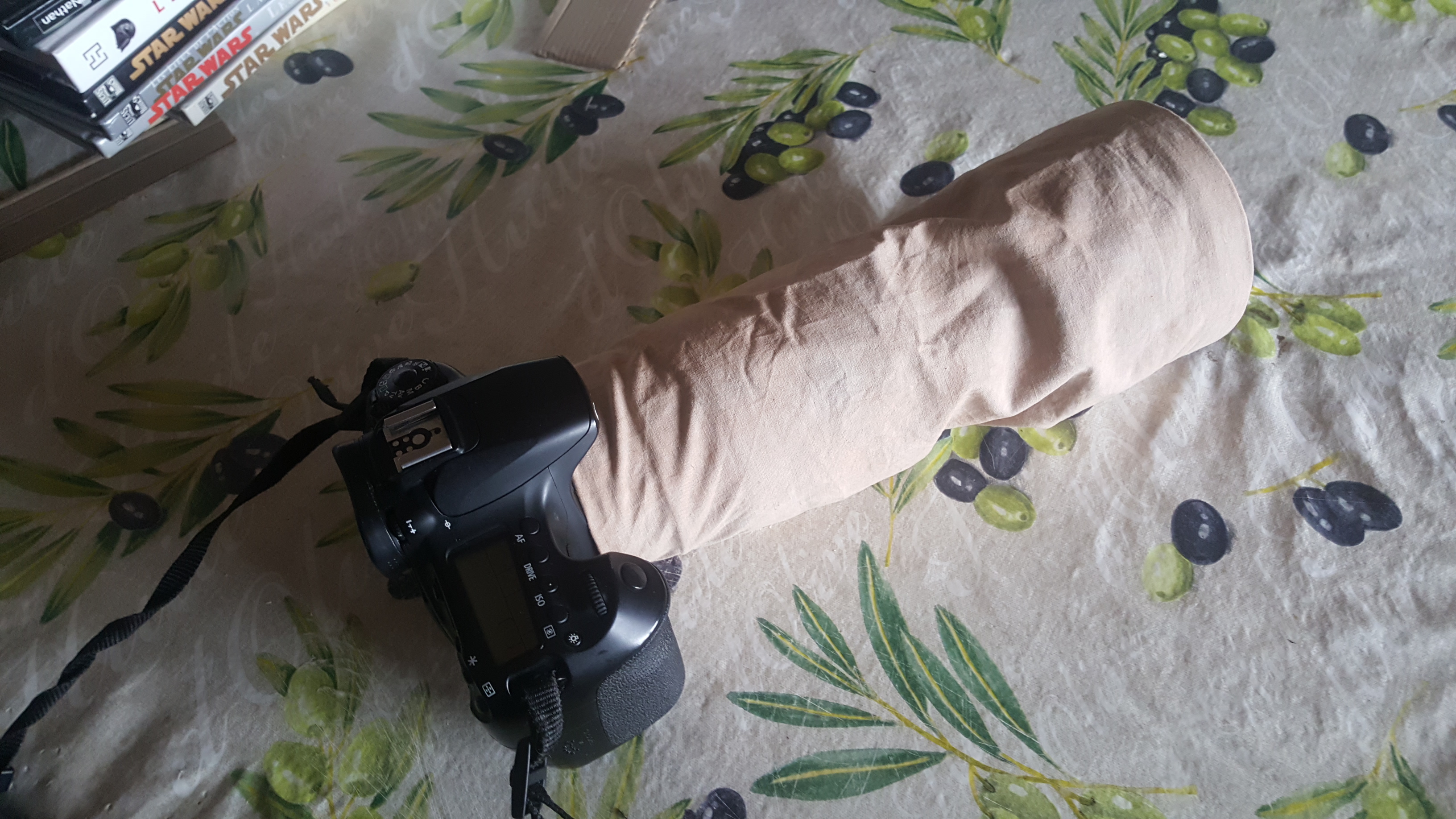 The looseness underneath allows me to access the focus and zoom rings. 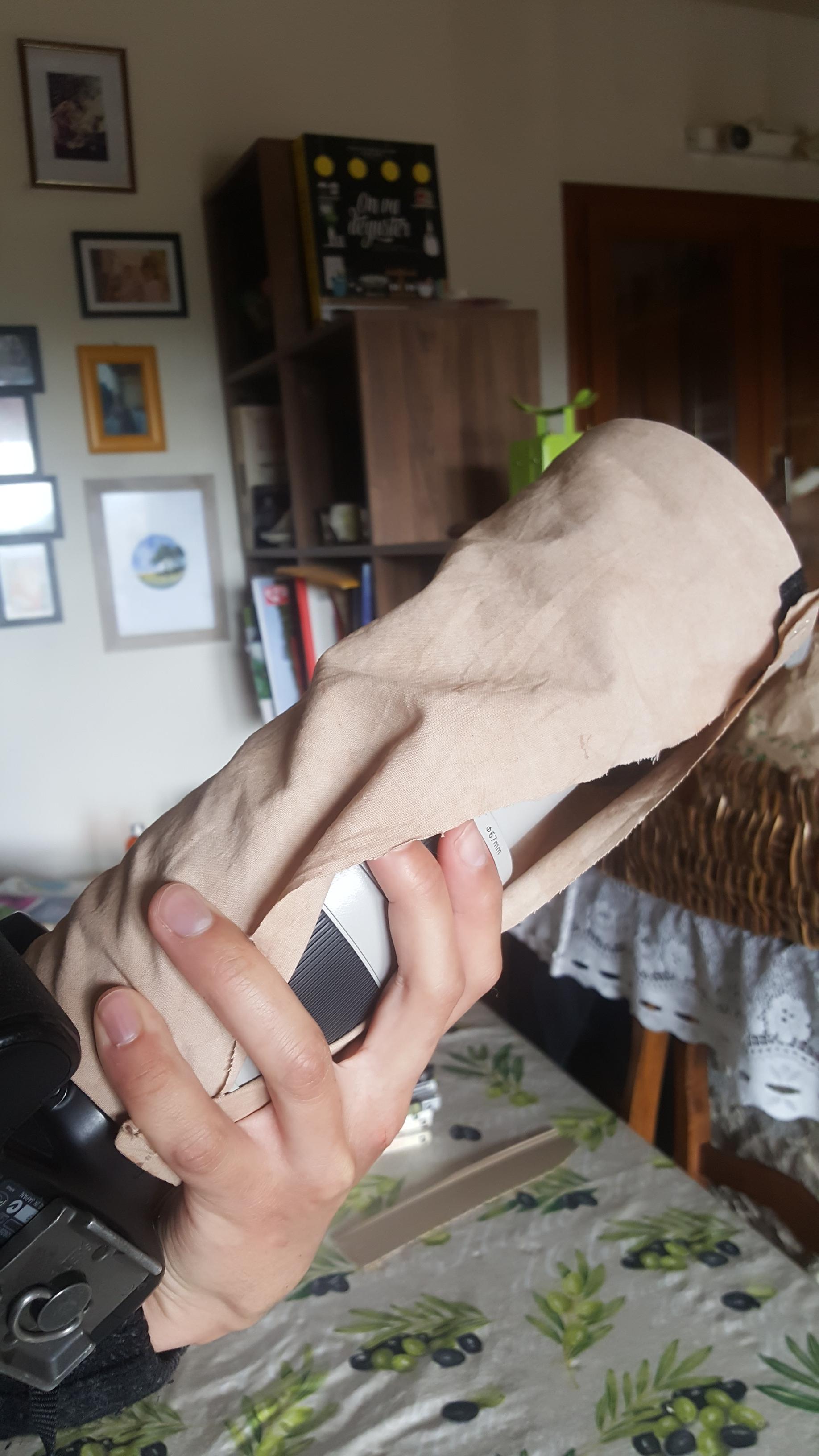 I'm rather pleased with it! It's too bright and uniform at the moment but l'll add texture later. In its current state it already breaks the full brightness of the lens, which is good.

I have a dentist appointment tomorrow. They require everyone to have a mask that comes in. Literally everywhere in town is sold out. So guess who got to put some of his ridiculous amounts of fabric to use? 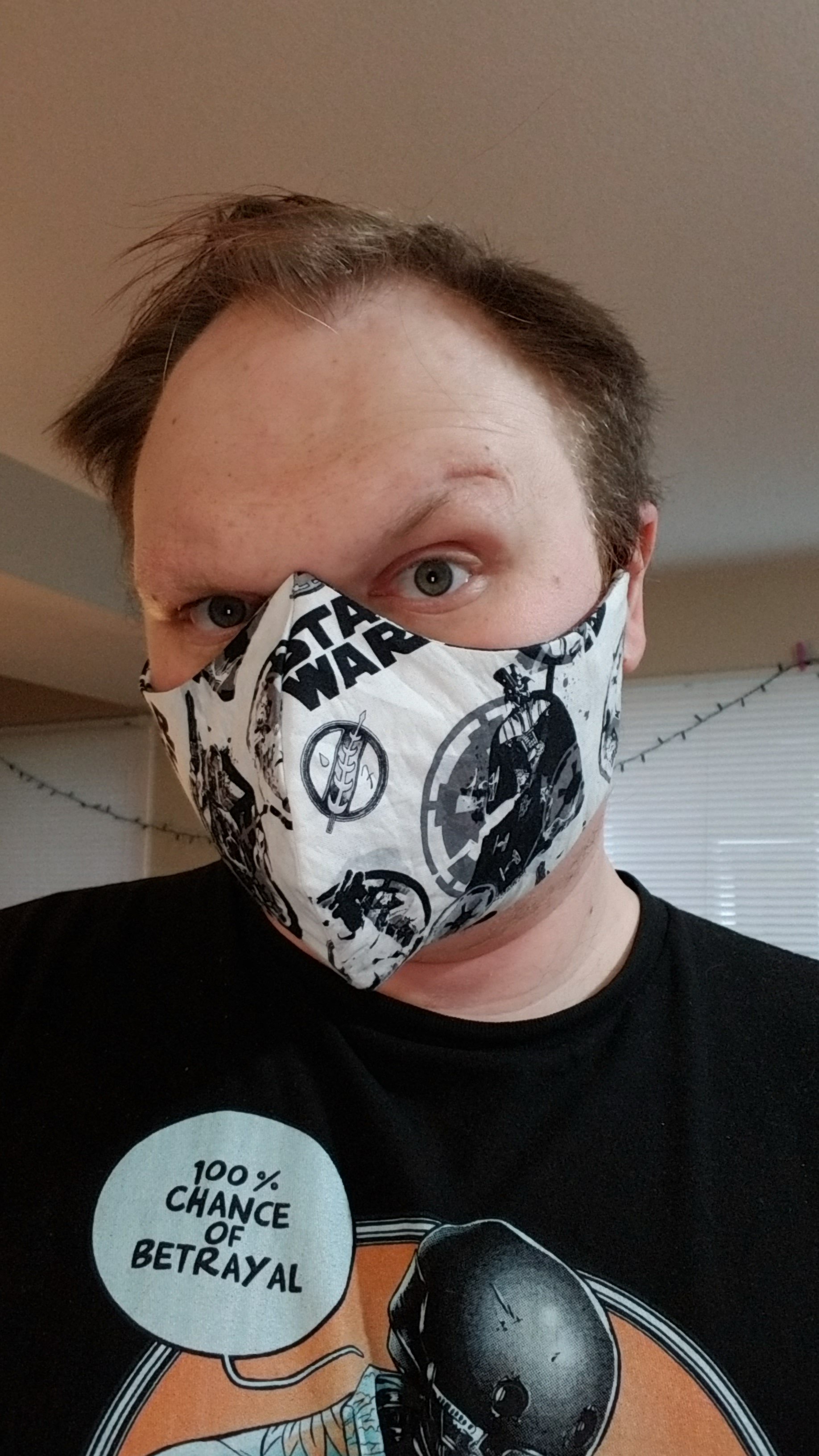 Honestly I was just amazed my 50+ year old machine in need of some serious maintenance actually managed to get through it without literally exploding in front of me.

Ya should have drawn teeth on it so they'll be able to clean something.