I have spent a lot of time talking about Breakdown at 238 Hypatia, which I wrote in 2017, filmed in 2018, and has been in post-production ever since. Over the summer I got picture lock, have been digging into sound design, and have booked a composer.

On Friday, a different composer I follow called Alpha Chrome Yayo released a new album; the vibe and timing matched up, and it felt like time to cut a quick teaser both for the movie and for his album. He loved it and is happy for me to post it, so - consider this the official teaser of the movie!

I'll have a full trailer later this year as well, and it is my intent to release the full film before the calendar flips to 2022. Fingers crossed!

Fuck yeah makin stuff! Looking forward to seeing it all come together man

Hey all! I showed this at the last Games in Your Head, but I publicly released the trailer for Breakdown at 238 Hypatia. Hits many of the same beats as the teaser, but uses music that will be in the movie, as composed for the movie, and fills in a bit more as well.

I will ALSO be doing a cast-and-crew premiere in a few weeks, followed by a supporter viewing party. I know a few of you tossed a few coins to your, uh, producer here, but I'd be honored if the rest of you wanted to attend as well. It'll be a Zoom party on January 16th at 2PM EST. Out of interest of not having the link be totally public, I'll be dropping it into the chat on the forum's front page, visible to those who are signed in, about an hour before go time.

Some updates! Well, mainly one update. Alright, I got into some film festivals. No award wins yet but some nominations 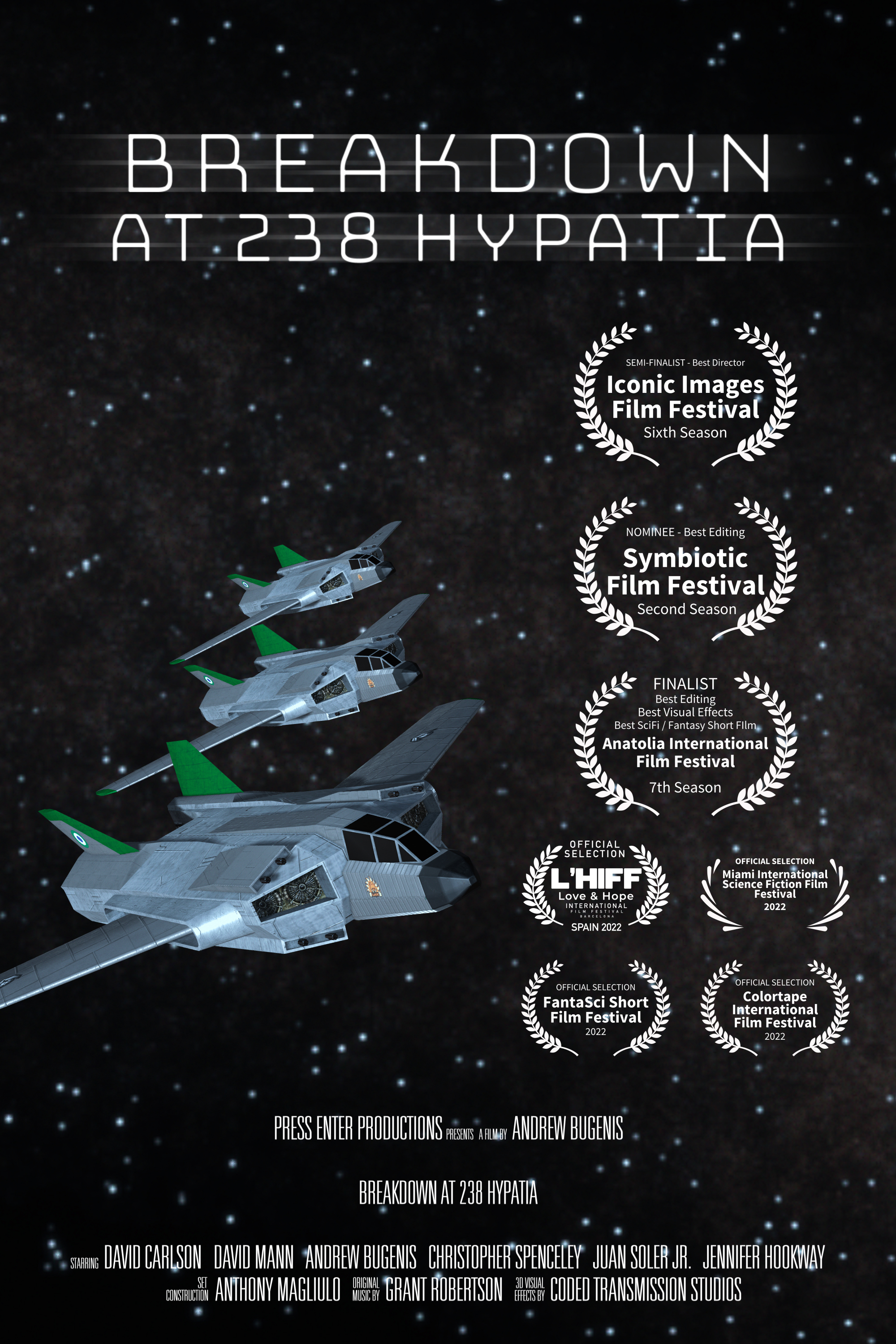 L'HIFF is one that is exciting, as it's in Barcelona and they seem to really have their stuff together. Spanish films are required to have English subtitles and, crucially, vice-versa, so I've been working with a bilingual cousin of mine to translate the film. Will release a captioned version of the trailer with the L'HIFF laurel plugged in to promo that event.