Teague let me do the write-up this week for Terminator 2: Judgment Day. (Special Edition.) You probably want me to say something hilarious about “being back” to this franchise. Screw that. I’m not your dancing monkey.

This film is one of those rare examples of a sequel which is far superior, in every way, to the original. A distinction that is only more pronounced now that we’ve been subjected to an additional two inferior sequels, and a television show made by folks who don’t seem to have watched any of the above. The usuals are on hand to discuss what should have been the triumphant conclusion to a classic sci-fi story.

42 Things We Learned From the ‘Terminator 2: Judgment Day’ Commentary

As Cameron points out, Schwarzenegger never blinks in Terminator 2. It’s not something you think about, but it’s impressive Schwarzenegger was able to pull that feat off.

Linda Hamilton has permanent damage in one ear because of the scene in the elevator with the T-800 firing a shotgun. Between takes, Hamilton used the restroom and removed her earplug. She forgot to put it back in before resuming the scene. Cameron notes that the shot that did the damage is still seen in the film. And finally!!!
If all of Arnold Schwarzenegger characters fought in a battle royal. Who would win?

Keeping my love for T:TSCC quiet because of my desire for approval.

Anyway, I'm excited to listen to the episode before my Terminator Marathon next week. Should be fun.

I never had any problems with T:TSCC taken as a self-containing entity. It had Lena Headey, Summer Glau and Garret Dillahunt which made the show for me.

Behind the scenes for the T-1000 from the Stan Winston School. Very cool to see.

Apparently watching this from my country would violate copyright law

Same here - they must know Australia is merely a glorified prison.

At least it's warm there.

Mars and London are jockeying for position to see which one is warmer... some days it's Mars

Plus this film has some of the best sound design and sound mixing ever.

Also about the difference in hair style in the photos of the 84 police station siege shown in this film; in T1 Arnold does have shorter hair in the later part of the movie. He also has no eyebrows, since he was seared after jumping through the fire after Reese and Sarah escape the club shooting. 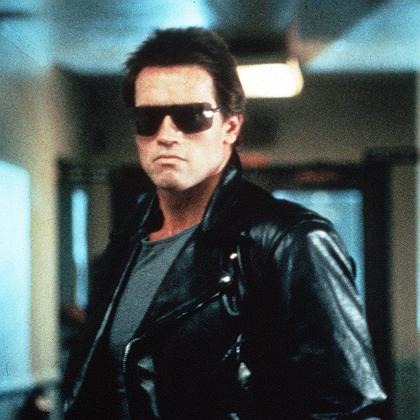 Resurrecting this oldie but goodie of a thread to post a link to a short discussion of the 'splorch' practical effect that I came across this week on fb:
https://hackaday.com/2021/11/14/those-b … werent-cgi