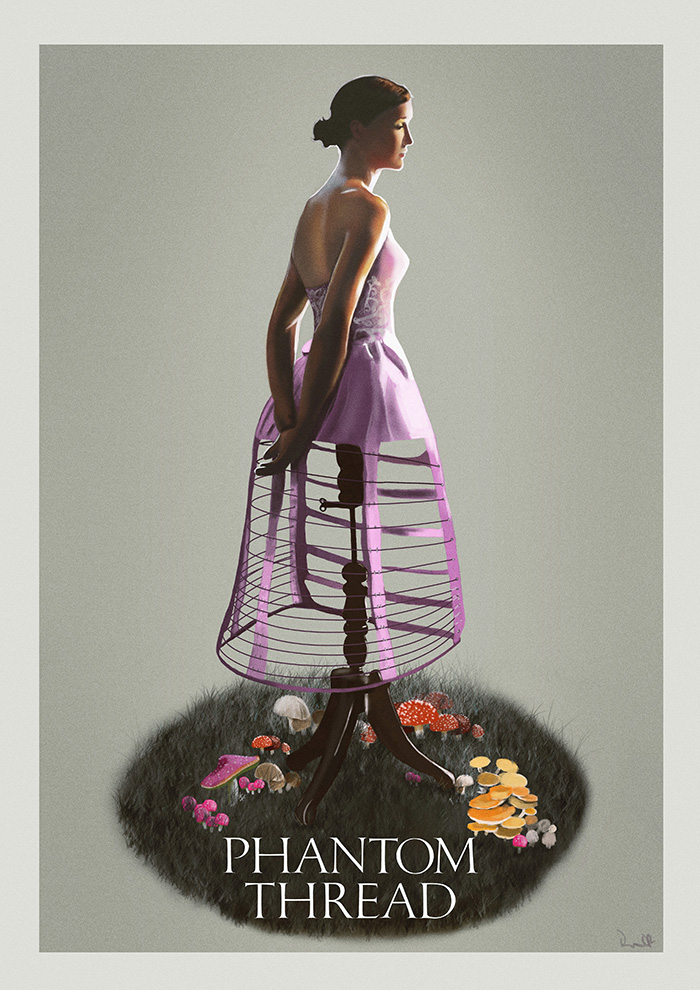 Fifth watch, because if Die Hard is a Christmas movie then this is a New Year’s flick, dammit.

So. This is my favorite movie of all time.

Barry Jenkins put it this way: “PHANTOM THREAD is just exquisite, an unfiltered work; a sublime object. Object in the sense that, when viewed from different angles, in varying moods, it reveals more and more of itself, other emotions and, for a film overrun with aesthetic objects, deepened ideas.” This movie is many things. It’s a horror story, a romantic comedy, a psychological thriller, a Gothic melodrama, a love letter. It’s delightful, chilling, hilarious, unbearably sad. It’s Vertigo by way of Who’s Afraid of Virginia Woolf?, or Punch-Drunk Love by way of Gone Girl.

Jonny Greenwood’s score is on a whole other level from anything he’s done before—sinister, aching, operatic. The film grain’s diffusion of the image renders everything as though it were shot through lace. Daniel Day-Lewis and Vicky Krieps go for each other’s throats with their acting, the former as excellent as ever and the latter a revelation.

I’ve thought about this film every single day since I first saw it in January this year. I suppose you could say it’s haunted me. But, as Reynolds Woodcock would say, “It's comforting to think the dead are watching over the living. I don't find that spooky at all.”

(No-but-seriously: that was a well-articulated encapsulation. 'Aching.' Nice.) Mostly harmless. Don't expect any particularly intelligent and groundbreaking statements about the Internet's influence on our lives. The product placement is pretty obnoxious at times and the story isn't very impressive, but it could have been worse. At least it doesn't feature Patrick Stewart as a talking turd.

At least it doesn't feature Patrick Stewart as a talking turd. Today, at the cinema, I watched both Spider-Man: Into the Spider-Verse and Aquaman. One was delightful, funny, moving and exciting, the other was Aquaman.

Right? I'm almost proud of myself.

(Somebody on YouTube kept playing that clip over and over in their analysis of something else, and it eventually buried deeply into my psyche as a platonic ideal of terrible writing. I get distracted by it appropos of nothing.)

See, I wouldn't even know that as a reference to anything, I recognize it because one of the streamers I watch mindlessly started riffing a "Dust in the wind" parody as a "Turd in the wind" as he was killing grunts in Halo.

Modern life is weird y'all. 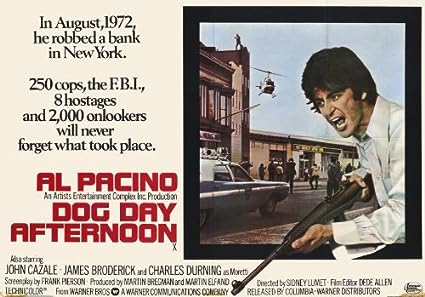 The 70s really were just the goddamn best, weren't they?

Also, me when this movie has better, more empathetic representation of

SPOILER Show
a trans woman
than any Hollywood production some four decades later: No matter how sloppy a Tarantino script gets, I'm apt to largely enjoy it (Django the one exception). And indeed, there is fun to be had here--the comic beats largely work, and the famed standoff between Walken and Hopper is, in terms of construction, flawless.

That said, Jeeeeesus Christ, this is like Tarantino's id just vomited all over the page. At first I was willing to believe Oldman's character (nasty white pimp who's convinced he's black) was QT parodying himself, but then the aforementioned Sicilian scene came along and bulldozed that idea. It's always been obvious that the man gets his rocks off at using the n-word wherever possible, but it's never been so gleefully gratuitous as it has here. And while all manner of people get violence wrought upon them here, it's telling and more than a little disturbing how lovingly

SPOILER Show
the extended torture of Alabama
is laid out compared to the relatively quick and dirty gore visited upon the male characters.

Also, it's annoying rather than ethically problematic, but the male protagonist is such a masturbatory self-insert that I rolled my eyes on multiple occasions. Of COURSE the guy who spends his day working in a comics shop, watching kung fu movies, and monologuing about Elvis is also a sexy mastermind.

I'd be lying if I said I didn't have fun along the way, but yeesh. 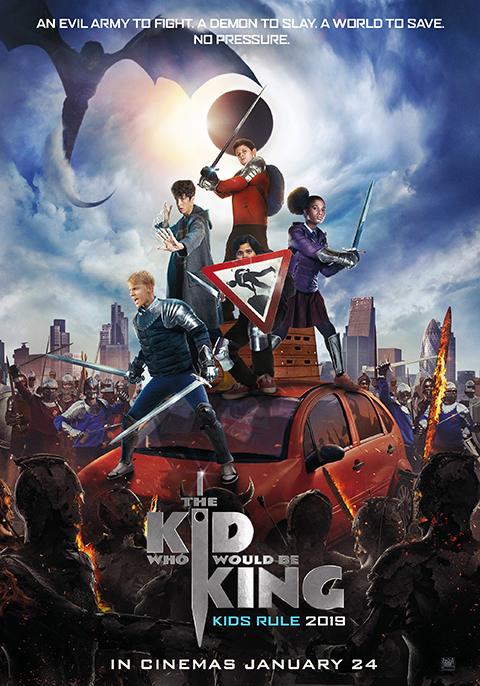 As a followup to Attack the Block, it's kind of meh. As an adventure film intended for kids it's quite a bit of harmless fun, and definitely deserves better than the terrible marketing it was given and the box office wasteland it's currently experiencing. The visual effects are quite impressive for a budget of only $50 million as well—I assumed it was closer to $100 million. The years have done nothing to diminish Cornish's ability to wring every penny out of his budget.

The trailers make it look like a lot of fun in the it's wasted on kids variety. It's disappointing it's not doing well, but I can't actually think of the last time a live action film aimed at kids was popular. The Goonies?

I've been a fan of Joe Cornish since New Years Day 1999, so I hope this doesn't stop him doing more.

Watched this one a couple of months ago but I'm posting about it now because I just realized I forgot to do so.

This would make a great double feature with Short Term 12—it's sort of the twisted mirror-universe version of that film. The halfway house it takes place in is a gay reeducation camp, and the adults, rather than the paragons of kindness present in ST12, are either absolute monsters or well-meaning shells (John Gallagher, who's in ST12, plays one of the latter). It's heartbreaking, but the monumental sense of empathy the film has for the kids forced to live through this is incredibly uplifting. Moretz is really damn good—she seems to be successfully transitioning from "really good child performer" to a serious actress and I couldn't be happier for her.

TKWWBK is a sequel to something?  Oh Fuck.  Yeah, the marketing failed pretty hard  for me.  I thought it was a Kid in King Arthurs Court reboot causewhynotrebooteverything.

It's not a sequel, I think by followup he meant it in the same sense that Hot Fuzz was a followup to Shaun of the Dead - the director's next movie with maybe some similar themes.

Oh no, not a sequel—just a follow-up in the sense that it's Cornish's next project. It is a modern-day King Arthur riff, but one that's entirely out of Cornish's head.

It's watchable. The story itself is nothing to write home about, but the chemistry between the characters (especially Carol and Fury) pleasantly reminds me of silly '90s action/adventure movies (Twister, Demolition Man etc.). Sam Jackson has finally had the opportunity to show Nick Fury's fun side. 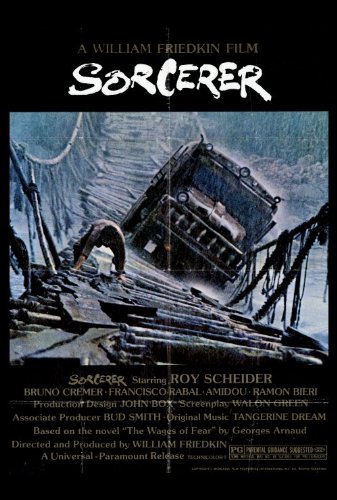 Ever since Trey shared the poster years ago I've been wanting to watch this; finally picked up the Blu-Ray (stunning transfer, much recommended) and did so.

Coming out the month after Star Wars was definitely the nail in this particular project's coffin, but it was never gonna be a box office smash. To borrow from the Dragon Tattoo tagline, feel-bad movie of the summer right here; a relentlessly ugly slog in the best possible way. Absolutely fucking bonkers that all the truck stuff was shot on location.

Of the three Friedkin movies I've seen so far, I'll take The French Connection for its lean kineticism, but this is most definitely close behind. Looking forward to checking out its inspiration, The Wages of Fear. (Also, Roy Scheider was killing it in the late 70s. This, Jaws, Marathon Man, AND All That Jazz is better than most actors get their whole career.)

And another joins the club.  Welcome!

I didn't get around to Wages of Fear until very recently myself - it has that typical older-movie first act that seems to go on forever before the story really "starts", but that's just how they used to make 'em.  Once they get on the road, it's just about as good as Sorcerer - and just about as cynical, which feels really unusual in a movie that age.

And yes to Scheider's 70s body of work - which I would contend lasted into the mid-80s with Blue Thunder and 2010.  Most people seem at least aware that 2001 had a sequel (and I think a quite good one, just much more conventional), but Blue Thunder seems oddly forgotten these days.

But it was huge at the time, and if you think Sorceror was nuts with the truck stunts in the jungle, check out Blue Thunder for some really nutty helicopter stunts over (and in) Los Angeles.

There ya go. Not all of it holds up, but there's good stuff in there.

Anyone who was in LA in 1982 might remember the several months when squadrons of helicopters were in the air all day and night, randomly orbiting the city.  I certainly do.  That was the Blue Thunder shoot, back in the days when you just had to shoot that stuff for real.

was that the movie where they put the experimental high-tech helicopter to good use by spying on a girl doing naked exercises in her apartment?

That does happen, but they use a regular helicopter for that. 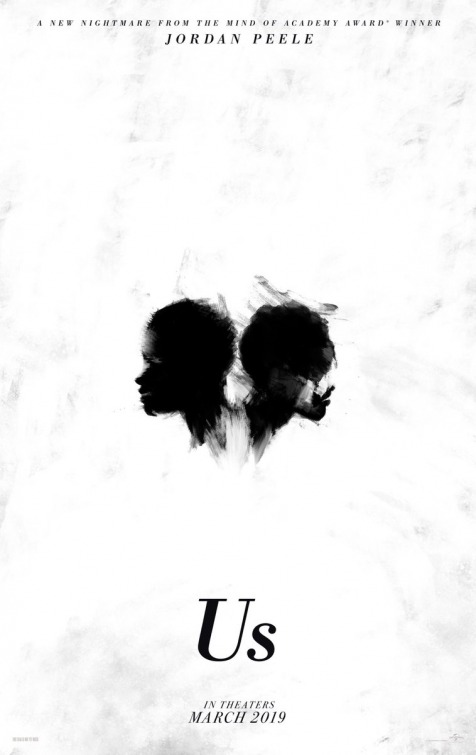 A very different beast than Get Out—where that film is wound up tight, this one swings for the fences. I don't think it's better than its predecessor, but it's undoubtedly scarier and the visuals/performances are A+ work.

SPOILER Show
Not since Queen of Earth has a movie put to such good use the fact that Elisabeth Moss's smile is a fucking nightmare.
And like Get Out, this is the kind of horror movie it's good to see with a crowd—if you're thinking of going, this is the weekend to do it.

I'm sorry to everyone.