Tolkien: Interesting style for this biopic on the famed author. One, the actors are pretty well done, and the style is surprisingly underplayed through much of the cinematography, but it saves the very large sweeping shots for the moments that are clearly sticking on Tolkien's mind and are later realized in his writings.

If you are a fan of Tolkien's work and want a little bit of a visual representation of his life this this film is for you. Also, be prepared to cry. OK, what was that supposed to be? A Captain Marvel mockbuster? Who decided to spend $200 million on a script that uninteresting and where did all that money go? I've heard about extensive reshoots, but still... Logan (a total opposite of Dark Phoenix shot for half the money) would have been a perfect ending for the saga, but they just couldn't leave well enough alone.

I'm looking at the poster for the movie you're talking about, and...

...I don't know what movie you're talking about, but the poster is awful.

the poster is awful

It's also victim of the new directive where apparently every movie poster has to be a gradient from blue to red.

It's also victim of the new directive where apparently every poster has to be a gradient from blue to red. 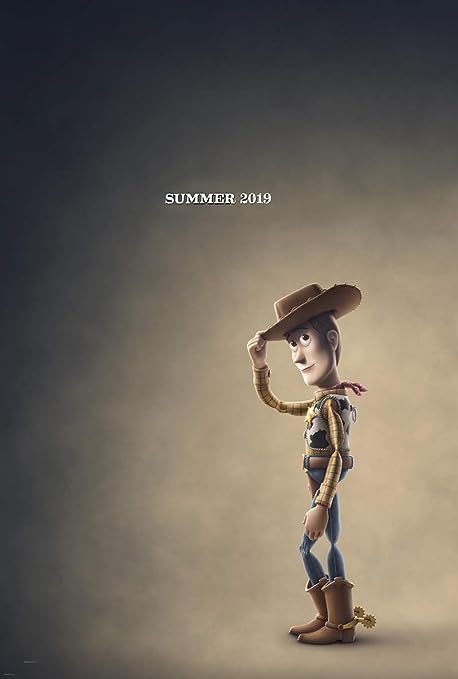 Has its moments, mostly in the form of some very funny gags, but it feels like the mostly effusive praise is due to our collective refusal to admit this franchise is now less than perfect.

The whole exercise is curiously empty. Forky as both a character and a concept is rife with possibilities (for those who haven't been following the marketing, he's a spork who's horrified to gain sentience after he's made into a toy by the gang's new kid), but any attempt at an arc for him is just abandoned after the first act. Most of the old supporting cast is sidelined in favor of new faces, getting one or two (or even zero) lines apiece, and even Buzz is granted only the most eye-rolling, cursory development. The ending is being lauded as waterworks-inducing, but for me it was where the seams streched to the breaking point; the emotional manipulation is so obvious, the final lines so perfunctory, that it felt like cynicism more than anything.

Also, while I'm sure part of it is simply that I grew up on the original films and not this one, the aesthetic is... really ugly. It's a Frankenstein of photorealistic glitz combined with the classic blocky, stylized look of the toys, one that constantly feels at odds with itself.

Randy Newman remains the GOAT, and Tom Hanks does his damnedest. Keanu for president.

Thanks for sharin' that. I think I'mm see this shit.

Approximately a 9.8 on the Goldblum scale. Fun bit of newspaper-movie fluff that coasts on its performances, of which his is easily the standout; also notable as one of exactly sixteen American feature films directed by a woman in the 1970s. What can you do after something as huge as the Infinity War / Endgame two-parter? You can make

SPOILER Show
a wacky comedy of errors
with superheroes.

I had a lot of fun with it. Tom Holland's Peter Parker is just as adorable as ever and his friends are fun to watch too. Even Happy Hogan gets to do something interesting. After so many failed attepts (two movie series by Columbia/Sony) they finally got Spidey right, both in animation (Spider-Verse) and live action.

A WARNING: avoiding spoilers is crucial with this movie. Also, it's good to stay for the two post-credit scenes, they're important.

The Grinch:
Again, late to the game on this one, but Illumination's addition to the Grinch franchise is well done, with its own twist on the classic story. I know much was made of making him less grumpy, anti-social or whatever, I thought it was well done, and incorporated a lot of positive psychological elements in to this telling.

Also, I laughed a lot.

8/10. Highly recommend and not just for kids.

I really enjoyed Stand and Ollie, I don’t know much about Laurel and Hardy outside of seeing their films on afternoon telly when I was very, very young but the story of the double act that’s been through it’s ups and downs really hit home.

The performances really blew me away, Steve Coogan, who is perhaps best known for yelling “Dan” in a car park and John C. Riley who is usually an indicator that a film will be bad were really on top form.

Really enjoyable film and by the end I had a bit of a tear in my eye, I need to track down more silent comedies. 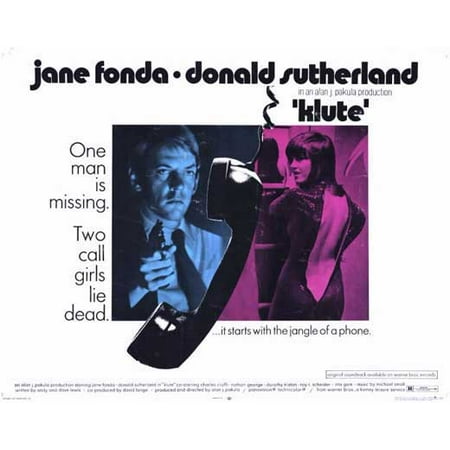 When people say "They don't make 'em like they used to" this is what they mean. A perfect model of restraint and simmering paranoia that periodically boils over into outright horror—the clinical nature of Pakula's later All the President's Men is still here in the pacing and camerawork, but the movie feels haunted, and some scenes are among the most harrowing I think I've ever seen?

Plus, strip away the filmmaking craft and you still have an extremely empathetic examination of sex work and the tyranny of the rich white male. Win-win in my book.

In honour of the 50th anniversary of the moon landing and many years of hearing about it - I finally watched From The Earth To The Moon and, well... Daaaammmn it's good! That score, yo!

Certainly the best docu-drama I've seen. There's a couple of goofy episodes, but I dug 'em. Definitely a great comprehensive look at the Apollo missions.

I could watch Mr Hanks do bits to camera all day long.

Win-win in my book.

I'm sold. Adding it to the 'must watch' list.

'Spider' is still the best docu-drama about engineers fighting deadlines and budgets ever put to screen. Absolutely unparalleled.

Yep. Right there with ya. It's stunning!

4K HDR. Man I love that shit.
I mean, say what you will about Film vs Video, etc.
But holy cow. I upgraded my netflix just to watch Stranger Things 2/3 in HDR, and my, that shit is off the hook. I got an HDR 4K TV primarily because of games, but HDR is pretty damn awesome!

as to the latest movie I watched? I guess that'd have to be "The Wandering Earth" on Netflix.
Now, that is probably the coolest thing I've watched in ages. It isn't good. It's surprisingly mediocre, but it's a spectactle well worth the time, and while the physics and story don't make sense at all, it's a well made movie I'd highly recommend, if only for the visuals!

some scenes are among the most harrowing I think I've ever seen?

I watched Klute t'other day. Man is that ending intense.

As an aside - I only know Jane Fonda from a 1980's work out VHS my mother had kicking around. 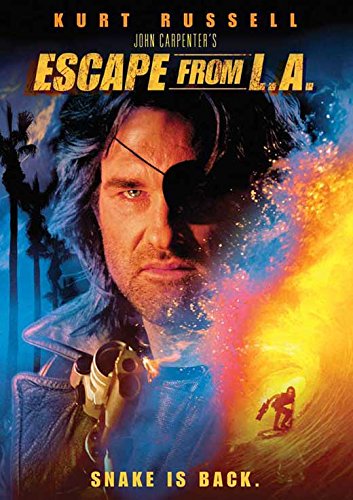 I am in awe that this movie exists.

Besides the uncanny prescience of the political commentary (the President making the new capital Lynchburg, Virginia, OMG), Carpenter really had the balls to write a slapstick takedown of US imperialism that features

SPOILER Show
a Muslim woman and a black trans woman helping Snake Plissken save the day by collapsing industrial civilization?!?!

AND IT GOT DISTRIBUTED BY A MAJOR STUDIO?!?!

Not to hold it up as an untouchable paragon of satire or anything—the political instincts are good but sometimes muddled, and the representation isn't without problems, just like in Escape from New York.

SPOILER Show
(I would reaaaaally have preferred aforementioned badass women to make it out alive rather than Buscemi.)
But holy fuck the fact that this got made is bananas. 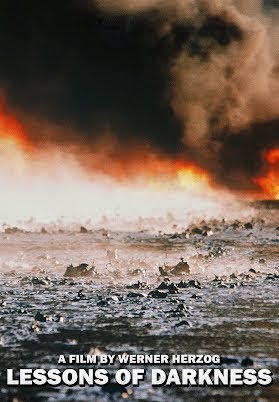 "The collapse of the stellar universe will occur—like creation—in grandiose splendor."

Western imperialism as an alien planet. There is nothing to contextualize, only the flames of a Satanic creature reveling in its own destruction. 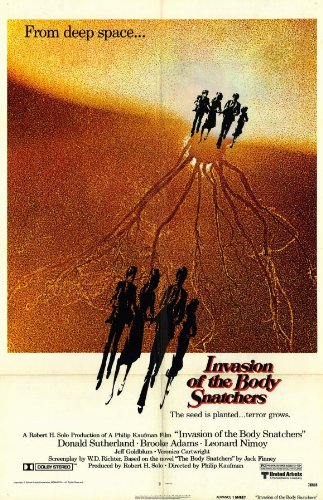 Watching Donald Sutherland in this tonight has reminded me how tragic it is that lead actors can't look weird anymore. It Chapter Two has adult Bill, who King takes great pains in the book to describe as this middle-aged schlub, played by freaking James McAvoy. Conventional attractiveness is the pod person and it has taken over. 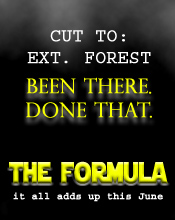 Just rewatched for the first time in probably ten years. Not everything holds up IMO—some of the self-aware remix-culture jokes step on the emotional beats—but it's still maybe the best deconstruction of fandom self-loathing ever made.

It's really, really sad how much its portrayal of fan masochism still rings true. The obsessive, self-righteous rage it was critiquing in a post-TPM context is just as strong almost two decades later for the new movies*—rather than learning from prequel hate, the community doubled down. "Which came first, Star Wars or the cynicism?"

I see a lot of myself in Tom—specifically me from around eight years ago or so who was just absolutely obnoxious in their self-flagellating, performative hatred for George Lucas. Realizing how similar we were was one of the things that got me off the ledge re: my obsession with the franchise, which I remain extremely grateful for.

On the fun side, it's retroactively become this weird period artifact of the fanfilm community, which is only strengthened by the fact that the only place you can get a copy is the TFN archive. 'Twas a simpler time. (That said, I hope Chris has a backup copy somewhere just in case.)

*this is specifically referring to the toxic internet discourse continuously going on at scream-level about movies that are already several years old, not people who just don't like the Disney movies, tbc