Well, it's still around for a few weeks but its brightness is slowly fading as it's moving away from the Sun.

Have you had a chance to see it and/or take a picture of it?

Right now it's visible both after sunset and before sunrise, though it's now more interesting after sunset. As soon as the sky is dark enough, look to the North, below Ursa Major and a little to the right. Unless your sky is heavy with light pollution, you should spot it quite easily. As the sky gets even darker (right now, the "astronomical night" isn't properly there before at least 11pm, depending on where you are; higher latitudes than France get even less nighttime these days.

We drove in the middle of Lozère this weekend (one of the less populated areas in France) with our telescope, photography gear and tent, and spent the night there, under an absolutely amazing sky. Milky Way so crispy you'd have a bite if you could.

And while my 60D is starting to show its age, I gave it a shot (har har pun intended). Not the best picture you'll see of it out there, but who knows when something that beautiful is gonna drive into the neighborhood again? As your eye gets used to the dark, its tail grows longer and longer, and with even cheap binoculars, the hazy, fluffy ball shows it blue-green hue.

A picture, though, reveals not only the extent of its tail, but also its second, blue ion tail. 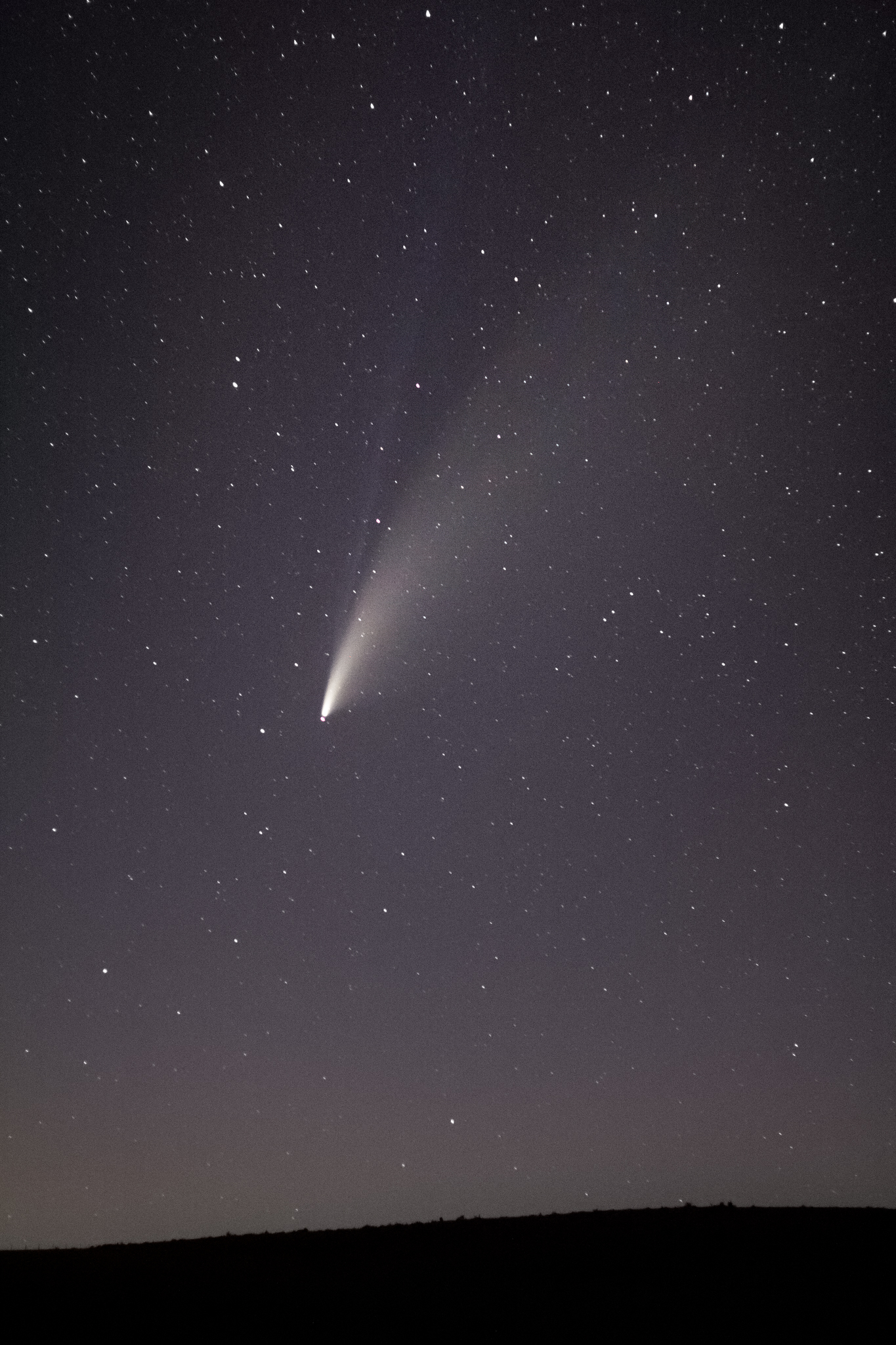 I photographed it a few times during the night, and realized: this thing moves fast. Between its own motion and that of Earth, here's the difference only 45 minutes make: 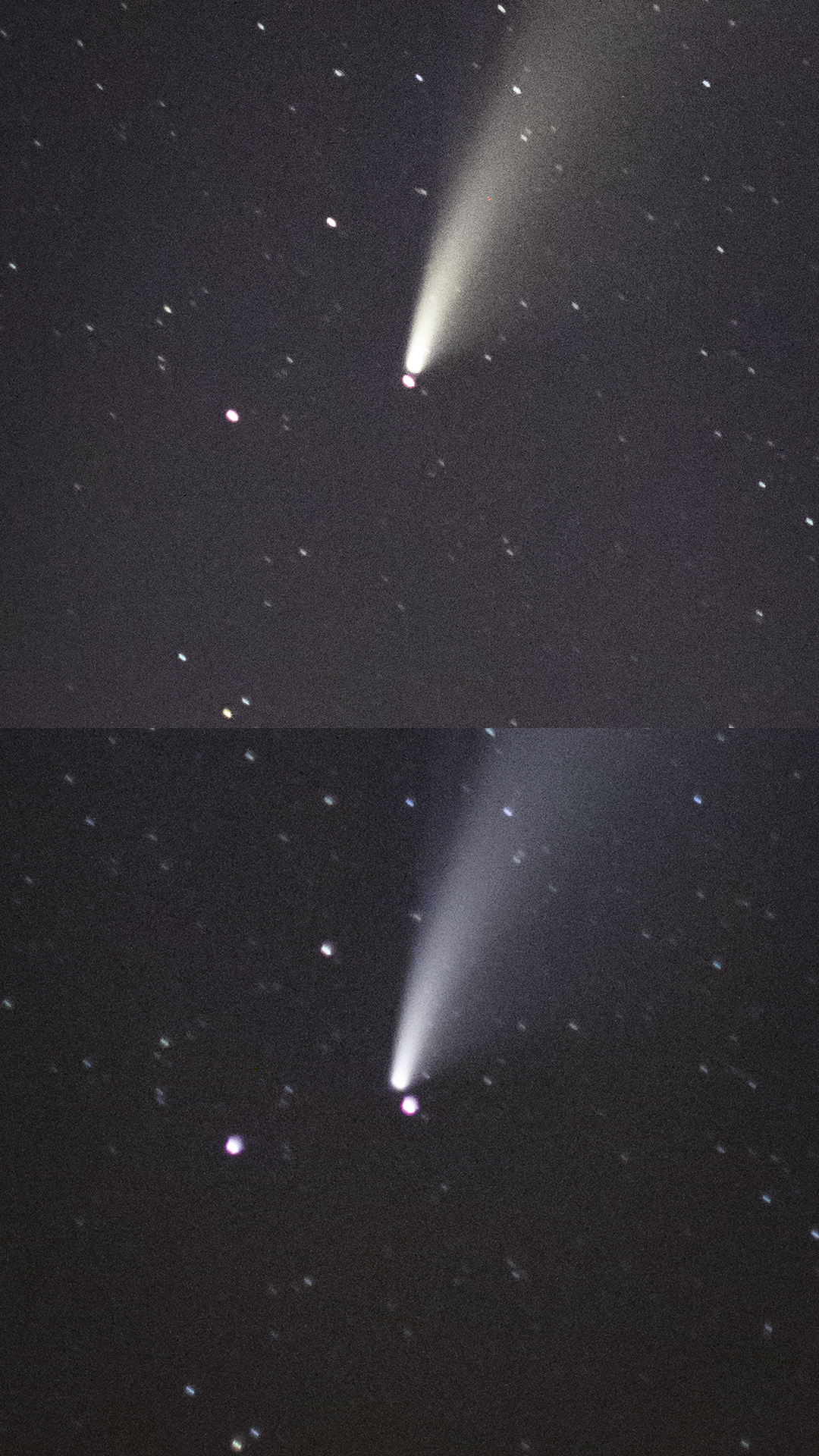 High-speed immobility, as I call it. It's not often you can observe motion in the deep sky.

Such a show from an object only 5km in diameter. I love our universe.

Awesome images! I've not had the best of luck myself. I can't really travel anywhere, and there's a big, brightly lit construction project just round the corner which isn't doing any favours. Gonna keep trying though!

EDIT: Clear night and was able to take this from my front door! 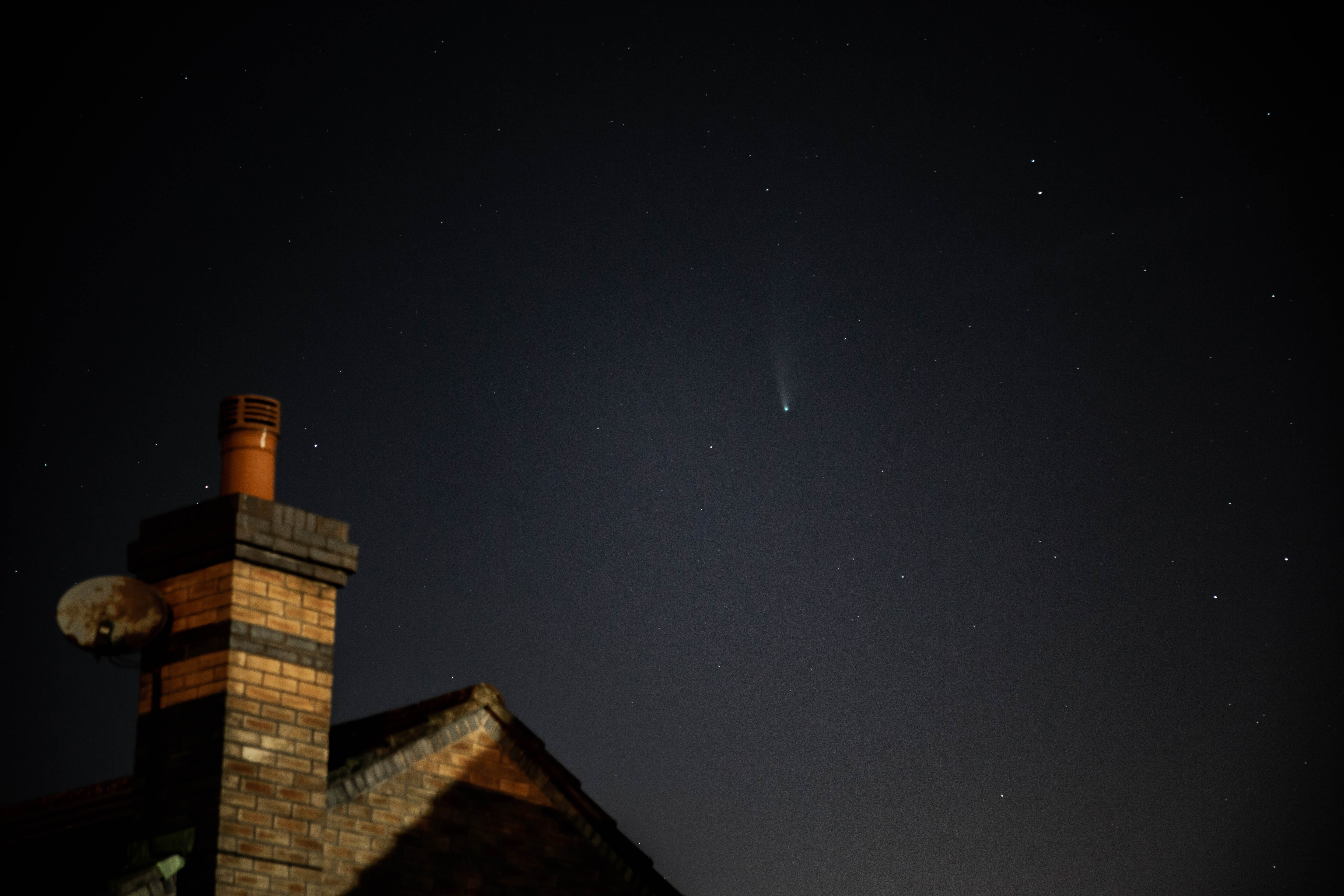