Friends In Your Head | Forums → Posts by Matt Vayda

Go to forum: Off Topic Go to topic: Cool vids...again. Go to post 1

Interesting. Not a film I had heard of or would have normally sought out, but I found it engaging and thought provoking.  Found myself looking up articles like this, which I actually almost sort of understand, thanks to economics and statistics classes.

Interested to hear the commentary now that I've seen the film.

I can see Teague building one of these, just to hook up to a theremin.

And how long before we have kids figuring out how to make this work with their trunk lids?

Go to forum: Off Topic Go to topic: Cool vids...again. Go to post 3

Somehow the episode only just landed in my podcast bin.

I hope there's a plan to do a follow up episode with Trey.

Re: Malariathon #2 - Chamber of Secrets (21 replies, posted in Episodes)

This episode isn't showing up on iTunes. 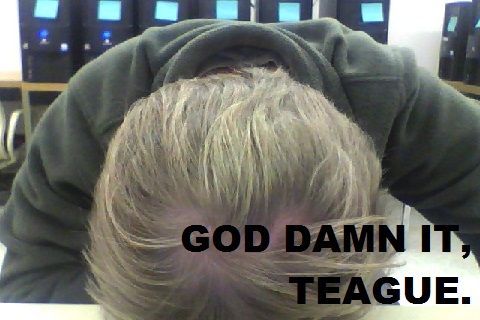 Re: Butch Cassidy and the Sundance Kid (15 replies, posted in Episodes)

Lol, I love that I still get random end of episode credit.  Has it really been three years since I worked on anything?  I guess that's why the checks stopped coming, huh?

edit: I guess it's time I retired /redacted/ Commander

Mensch
A Mensch
The Mensch
Menschy

Teague, I leave this in your much more capable hands.

Go to forum: Episodes Go to topic: Butch Cassidy and the Sundance Kid Go to post 7

Re: So Boston sucked today (5 replies, posted in Off Topic)

Dude, glad you're ok.  I'm part of a running club here and a small group went up for the marathon.  The one lady I know that was running finished about 25 minutes before the blast.

This has hit me kind of hard, for two reasons.  I'm originally a Masshole, and while I never lived in Boston, I would visit occasionally, and always felt it was a city I could see myself living in.  Also since picking up running late last year, I've daydreamed about running that marathon*.  I feel like this amazing event that I have come to look at with awe has been desecrated by this violence.

Bostonians are a stubborn lot, as are most of the runners I know, so ultimately I'm sure this will just bring us closer together.  I wouldn't be surprised if applications for next year's race actually go up.

Here's to the families of the victims; they have a long hard road ahead.
Heres' to the cowardly fuck who pushed the button; you'd better hope I'm not the one who finds you.

*For anyone who doesn't know (I'm assuming everyone), the Boston marathon is one of the oldest marathons in the world, and not just anyone can sign up.  Runners have to run a qualifying marathon, i.e., one vetted by the BAA, in under a particular time standard for your age and sex.  In my case, I would need to run a qualifying marathon in no more than 3 hours and 10 minutes.  No small feat.  Even if you never run Boston, running a qualifying time is kind of a big deal.

Go to forum: Off Topic Go to topic: So Boston sucked today Go to post 8

What's Wrong With This Picture?

Go to forum: Episodes Go to topic: What's Going On: Changes to Come Go to post 9

FilmDocs: Not only will we tell you what's wrong with your film, we'll cut it's beating heart out right in front of you if necessary.

Go to forum: Episodes Go to topic: What's Going On: Changes to Come Go to post 10

Bravo Eddie et al.  Knowing almost nothing about MMA I got to the end of that and genuinely wanted to see a longer version.  The fact that it all came together in such a short time speaks to the talent of everyone involved.  Looking forward to the Kickstarter pitch!

Ok, who else just had a fucking panic attack?  Holy hell.  Well they're not getting my hoodie, I can tell you that right now.

Go to forum: Episodes Go to topic: What's Going On: Changes to Come Go to post 12

Re: Random Movie Talk That Probably Doesn't Deserve Its Own Thread (971 replies, posted in Movie Stuff)

Yeah, considering it's basically Escape from New York in space, it isn't half bad.  Guy Pearce is clearly enjoying himself in his role.  I do wonder what happened with the bike chase sequence -- it feels like they green lit the pre-viz.

"Seriously, who the fuck smokes anymore?"

Re: Prometheus (64 replies, posted in Episodes)

It would not surprise me at all if that film establishes that the Engineers also created the Predators, and that their DNA is also a 100% match.

Huh.  I've seen FTL on Steam, but I confess I never bothered to look into it.  I'm still not sure it's my cup of tea, but that Let's Play and the $9.99 price tag has me tempted.  Thanks for sharing Redx.

Go to forum: Off Topic Go to topic: The SCIFI Thread! :) (not about the TV channel) Go to post 15

Re: Suggest a Commentary 2.0: The Suggestioning (364 replies, posted in Episodes)

If I can ever drag my bones back to the west coast I would be happy to opine on the Predator series.

The AvP films are just... awful, such a waste.  I'm sure the talent and interest to do AvP right exists out there, but with two bombs on their hands, I doubt Fox would be willing to pull the trigger on another.

Go to forum: Episodes Go to topic: Suggest a Commentary 2.0: The Suggestioning Go to post 16

Re: Prometheus (64 replies, posted in Episodes)

So, I am not a fan of this movie...and yet I find myself re-watching it on what seems like a fairly regular basis.

It isn't that it's getting better, or that I'm forgiving it somehow.  I don't load it up each time thinking "maybe it will all make sense this time."  I had the opportunity to watch Furious Gods, which only made me dislike what we got more.

Still, for reasons I can't quite articulate, I find I'm still drawn to it.  Maybe it's as simple as "oo, shiny...," but I can't cite any other film that has this car-crash effect on me.

Sigh...I'm never living that down, am I?

Fun fact though: I shot my road trip footage on the way to EPCOT, hence the red shirt in that video.  I bought it especially for road trip, and while I still have it, I don't think I've worn it since.  Something about feeling expendable...

Re: Suggest a Commentary 2.0: The Suggestioning (364 replies, posted in Episodes)

Predators, especially as a study against the original.

Go to forum: Episodes Go to topic: Suggest a Commentary 2.0: The Suggestioning Go to post 19

I think technically that would qualify as a blooper reel, but I'm not picky.

And since when am I captain? Don't make me captain, I'll pull one of those "Hey, watch this!" stunts and sink the whole damn ship.  I mean, I'd blame Teague of course, but still, probably not a good idea.

I drop off the face of the planet for six months (ish), and when I get back the fucking road trip we all shot (checks footage timestamp), almost AN ENTIRE FUCKING YEAR AGO isn't done yet? Fuck you people!

No seriously though, I've been in kind of a bad place the last several months, hence my absence around here, and catching up on this thread has put a huge smile on my face.  Thanks for taking this on Tom, I hope it's going well.

Re: On the bridge of the Artemis, Captain Finifter in command. (18 replies, posted in Off Topic)

Sigh...filing under "more cool shit you're missing out on because LA made you her bitch..."

Go to forum: Off Topic Go to topic: On the bridge of the Artemis, Captain Finifter in command. Go to post 23

I love that I still get random shout-outs during the outro, despite not having worked on an episode in ages and being absent from the forums for so long.  I miss my LA peeps, especially when projects like this come around which, had I stuck around, I would no doubt be helping with in some capacity.  I hope someone shot some behind-the-scenes, making-of footage while all this was going down, because it sounds like the story of making the thing is as cool as the thing itself.  Regardless, I look forward to seeing the end result, and to the episode which will inevitably follow its release.

Also, I watched this one on YouTube and as someone who is usually working during the live shows, I'm digging being able to sort of be there, albiet after the fact.  I would, however, suggest that some consideration be done about lighting, as Teague is mostly blown out.

What the hell is a mench anyway?

Friends In Your Head | Forums → Posts by Matt Vayda