I know some of us get to the theater more than others. I see no need to be super-picky about what counts as "a 2013 movie." Use your instincts, padawan.

Well, as I've only seen three good movies in the theater this year, I'd rank them

In no particular order

Still a number of movies I haven't caught up with yet, so the list may change.

Haven't seen Her, Inside Llewyn Davis, or Wolf of Wall Street yet, so I can't give a definite answer. This is the list as of right now, though.

As for the WORST films I saw, I can definitely that this is my list. I can't see it changing for any reason.

I've not really seen much this year it seems. Or I'm one of those hopeless fellas that can't remember what came out this year.

Gravity will have to be on there. It's my top movie of the last 2 decades.

Hmm. Interesting that Gravity is topping a lot of lists. I don't think it's in my Top 10. It was a major technical achievement, and a thrilling piece of cinema, but other than that it wasn't anything special, in my opinion. What about it did you guys fall in love with?

It was a major technical achievement, and a thrilling piece of cinema, but other than that it wasn't anything special 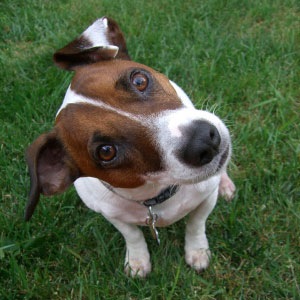 DELETED. Don't want to get into a Gravity convo in this thread. Suffice to say that I liked it, but didn't love it.

This list might seem sarcastic, but I only watched 6 movies this year. The 6th was Delivery Man.

They may not be the top five most original or outright BEST CINEMA but they're the ones that entertained me the most.

This may change after I see Wolf of Wall Street and American Hustle. That being said:

1. Gravity - basically renewed my faith in cinema after an atrocious year of movies. Astounding.

2. Upstream Color - Was sure this would be my #1 until Gravity hit. Carruth is a master at short-hand visual storytelling. Hypnotic, beautiful, seen it 6 times and can't wait to watch it again.

3. Europa Report - In many ways this is the hard sci-fi movie I've always wanted to see. Smart characters, accurate science, just an interesting what-if that makes the most of it's smaller budget. Great score too.

4. Fast & Furious 6 - best action movie of the year, also the best superhero movie of the year. This movie incorporates character development into its action scenes better than almost any big budget series out there.

5. Riddick - Awesome piece of R-rated sci-fi action. First 1/3rd in particular is amazing, some of the best stuff I've seen this year. It suffers from starting out original and great, and then getting more and more conventional as it goes along, but it's still solid. Kind of this year's Dredd, though not quite at that level.

Honorable Mention: Oblivion as the biggest surprise of the year, and being waaay better than it had any right to be.

OH!  I want to add Uptream Color!  FOrgot it was this year.

Certain members of this forum who also do their own side-podcast are doing an episode on this very subject to be released at Christmas. I don't think I'll be saying my top 5 just now

OH!  I want to add Uptream Color!  FOrgot it was this year.

Ya, it was such an early release (March?), I hope people don't forget it for their year-end lists. It's the kind of movie that gives you hope that the whole "anyone has the tech to make a movie" thing will actually result in some legitimately great, original films, instead of just endless fan films and video-game parodies.

That's pretty much ALL of the movies I've seen from this year, according to wikipedia. I watched 90% of "Only God Forgives" and thought it was just too slow and abstract to finish. If the fight had felt like a real fight, I would've finished it, but it was total bullshit. I would've seen more flicks but I can't get the motivation to go to the theater. I'd rent them on DVD but I don't want to pay anything at all to watch something like Star Trek: Misguided Remake or Giant Robots Hit Things or any of these other big stupid CGI movies. I can't go see them anymore. Nothing fucking happens until something really fake and over-the-top happens. They're cynical and insulting and I feel shitty when I watch them.

Yeah, I know what you mean. $200M+ budgets and a credits list that goes on for ever, and all you're wondering is where's the nearest good coffee. There's been one genuine good movie (Gravity - and only in optimal viewing conditions) while the rest of the good ones are just okay.
Unfortunately superhero movies still return a healthy box office, so that a lot of the crap on our 'Worst of the Year' lists will get sequels anyway.

If people wanna see hours of CG punching, the studios will give them whole franchises of CG punching. You'd think eventually the public will get bored of it, but not yet.

The ones I legit enjoyed:
1) Monsters U
2) The Croods
3) Escape From Planet Earth
Sensing a theme yet?
4) Epic

And everything else I saw that was released this year:

1) Oz The great and Powerful - Loathed the ever living shit out of. Truly a horrible horrible thing.
2) Star Trek Into Darkness - Didn't hate it, probably cause the loathing from the peanut gallery was so rampant before hand that simply having moving pictures with sound roughly in sync could only serve to impress.

I'm a little behind.

Filling it out to five was tough. Other than GRAVITY, which was phenomenal, the others are less favorites and more "eh, worth seeing at some point." Honorable mention to THE WAY WAY BACK, CAPTAIN PHILLIPS, and, bizarrely, WORLD WAR Z. THE WOLVERINE and CATCHING FIRE are also watchable but take-or-leave.

There are a number of movies released this year which I have yet to see but I hope might change my list a bit once I do, based on their word-of-mouth:

I watched an hour of UPSTREAM COLOR and gave it up for garbage. I found PRIMER to be fairly insufferable too, though, so I just don't vibrate on Carruth's wavelength like everyone else seems to.

If what made DRIVE interesting is a steak, ONLY GOD FORGIVES is the roadside diner challenge where you have to choke down a triple-sized steak in one sitting.

Btw, if you find yourself unable to get out to the theater too often, iTunes is your friend. You can rent movies for like five bucks, and they'll have a lot of smaller recent films that never came to a theater anywhere near you. That's how I saw, like, a third of the movies on my list. Also, Netflix has a ton of great 2013 films available (at least in the US). I marked those with a *. Frances Ha, my #5, is also on Netflix.

For me, Mud, Prisoners, The Way Way Back, Nebraska, and This Is The End were all enjoyable and watchable - which (unfortunately) is an achievement in itself these days.  None of them made me think "I'm gonna watch this again someday" but none of them made me hate the movie business either.

Could only stand about five minutes of Kill Your Darlings, but I'll probably give it another chance.   Still need to see American Hustle, Catching Fire, Hobbit, Wolf of Wall Street and a few others.

This Is The End makes my list purely on number of laughs. I've seen it several times and it's still incredibly funny. The fact that it has all these stars playing themselves but NEVER feels self-indulgent (not intentionally, anyway) is amazing. There's genuine self-deprecation here, and I was expecting the kind of self-deprecation where they ultimately come out looking pretty good. Nope. These guys are playing the most selfish, greedy, awful, hilarious versions of themselves. By the time they got to the shot-for-shot parody of Rosemary's Baby, I knew I was in love.

From what I've gathered, other than Gravity, I haven't missed anything this year.

From what I've gathered, other than Gravity, I haven't missed anything this year.

Honestly Monster U, The Croods and Escape From Planet Earth are some of my favorite animated movies from the last few years.