Brain. does. not. compute.

The kind of insight they give sort of reminds me of a DIF/FIYH podcast. And they actually even showed a clip from one of Ryan Wieber's old lightsaber tutorials (at 8:37).

10/10 presentation, Hanks.
Thanks, Abbie, I needed that laugh tonight

If it's not about musicals, I probably don't know what I'm talking about. | pandemic blog

Quite possibly one of the coolest things I've ever seen. The shot around 53 seconds is re-donk-ulous, looks like a cartoon character. 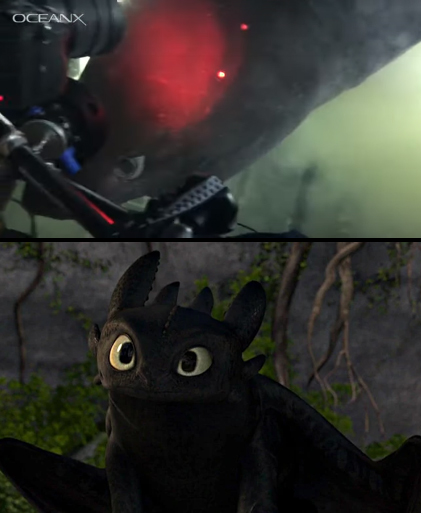 But seriously - life is so fucking cool.

Both are so good.

a.) Deepfakes have gotten incredibly good.

Ok. Ok his Tom Cruise faces were uncanny. Like, show me a still, that's Tom Cruise. But he *does* kiiiiiinda look like him?

BUT HOW THE FUCK DOES HE ALSO LOOK EXACTLY LIKE SETH ROGAN?????

Oh it's a deepfake. Sincerely did not know (didn't read the preceding comment). Ok, yup, deepfakes work, and they're going to kill us all. Oh my cod.

I never knew that I wanted to see cats on a parabolic flight until now...

I mean it's gotta be super distressing for the cats, but, look... floating cats!

If I didn't know better I would have said this was a James@War video from like, 2007.

I've got that album on repeat right now.

I've got that album on repeat right now.

[Aimed at Regan and also the generally-unitiated.]

I love the whole album [YouTube], but I'm not always in the mood for the whole album: it has a pleasantly-consistent texture, which ties the whole thing together, but it does kind of vacillate between two vibes: 'throbbing goth-pop paranoia,' as heard in the singles — which: all day, Billie — and 'soulful introspective melodic-pop ballad,' for the deeper cuts. The calmer stuff consists entirely of better-than-'filler'-quality songs, and she sounds great singing them... but, I'm just too enamored by the intensity [and construction] of the first vibe for me to consider the second vibe totally equal — so. Look: Listen to the album, folks. It's all good. I'm just sayin.'

(And it's intentional. The album is about fear, and the waxing and waning of her bravado is an aspect of that.)

(And to be clear: Vibe Two is good. Several songs that I love don't even show up until the top half of Vibe Two.)

I do have favorites, and I'm interested to learn my own personal ranking of them — so, in order, as of now:

(For what it's worth: Don't make a ranking like this for yourself unless you'd actually want to. I was just bored.)

I've still got plenty to say about plenty of these songs, as well as the album in general... but, I'll leave the topic 'here' for now, just in case anybody else wants to hop onboard in the meantime. I'm stoked about Billie Eilish.

In any case, and most importantly: Homegirl was born two months after 9/11 — so, you're old.

I haven't listened to new music.. well none thats really resonated in years. 'I do like that there Billie Eilish'. Delicate and dark with a smattering of vulnerability.

It really takes a lot for music these days. I don't know if I'm just old and and outta touch but, I have one finger on the pulse, and this I like.

I'm not in the house or I'd eleaborate on this more eloquently than bold statements.

xanny - the lowest bass ever?