That is brilliant, well done Sir!

SANISS I'm WAITING for ANOTHER update!!! *thumbs up*

So: If you ask me... Saniss seems to have accomplished a very good thing. I don't want to speak for anyone else.

Oh, jeez, I would be the worst at managing a newsletter.

Well, the past couple of weeks of confinement have been a bit busy, what with a cat inexplicably set on not healing from a dog bite (she's better now. All is well.), but I've been practicing now and again when time and motivation allowed. I'm not exactly a skald yet, but I'm starting to feel I have control over the sound, and not the opposite. Correct notes fall under my fingers more easily.

I still have some issues with the nut but I can ignore it for the time being. Tuning could use some help; I am set on ordering fine tuners soon enough.

I almost recorded something today, as a matter of fact. Maybe tomorrow? I'm astonished to find some of you asking for updates, and I very much intend to show you guys something.

The truth is, this confinement has found me knee deep in the exploration of what music creation is to me, which has been very productive for my mind but not exactly as much for actual creation. It's a long process and the tagelharpa is caught in its current. Knowing I have friends here who will always show an interest in whatever comes out of it, is a huge source of motivation and peace of mind. Again, I thank all of you.

*looks at the instrument*

Y'know, it can't be *that* hard to make it with a wheel instead of a bow, right? Wouldn't be quite the same as a hurdy-gurdy, but also it pretty much would be.

THAT'S EXACTLY WHAT I'VE BEEN THINKING.

I already thought about it when I was working on my tagelharpa, and earlier today a friend sent me a video of a hurdy-gurdy jokingly asking that I make one for her. It's an incredibly complex instrument so there's no way I'm ever making that, but I do believe a simpler application of the principle could work.

I need to do some research but I think there's a nordic instrument close to what we're thinking of. I would love to have an instrument capable of producing a continuous, low/grainy sound such as the hurdy-gurdy achieves. It's a strong basis for the music I've been working on lately (not teasin'; just sayin').

To be honest, I have no idea when building another instrument is something I want to make happen, but there's a good chance this might be it, if it can be designed. It's either that or a kravik lyre.

Anyhow; I have something coming up for you guys later today. I'll upload it as soon as possible.

I'll probably reupload it once I have proper pictures of the instrument and if I find the courage to record a better performance (and better shot, actually seeing the instrument wouldn't hurt; sound isn't perfect either, as all I have at the moment is my DSLR Røde VideoMic), so for now this upload is unlisted and for you guys only.

It's far from perfect, of course. After 50 or so attempts to record it, I'm much more confident with my left hand, but bow control still needs some effort.

This motif is something I've built from an improvisation I did in the woods behind my home, and has evolved into something that I actually really like on the tagelharpa. It's simultaneously the main articulation of a piece of music I'm currently working on, and could eventually include the tagelharpa piece.

Hope you enjoy it!

In fact, I just jammed along to you, and it was cool, and my computer failed to record it right.

This is so cool. And I love how the instrument gives your left hand a place to rest your thumb.

Thanks man. I won't even try to hide my interest in pushing your jamming idea further. Something can and should happen.

The thumb, yeah - the principe is the instrument rests between my legs; my thumb kind of pushes it down, and the other end gets blocked under my right thigh. Took me a little while to find balance, and I thought I couldn't feel comfortable until a strap would help, but it kinda works now. The strap is still happening, but its main goal will be to allow me to play standing up.

How much does fretting the strings from underneath mess with your ability to play compared to a guitar? It seems like you wouldn't be able to change notes nearly as fast on the tagelharpa because you have to take your finger off the string, go underneath and then back up through the strings to get to the one nearest your thumb. Or is that just part of the instrument and you write music around it?

Lights dim. Dry ice fills the stage. Lone spotlight illuminates wrongly sized Stone Henge... Where’s the bit where Michael McKeen comes in? Wrong origins but I can see it. Probably cos I have metal Tagelharpa on the brain. Fit a locking nut and floyd rose and dive bomb that sum bish

In seriousness. Rad as!

That is now my entrance theme song, wherever I go and make an entrance.

How much does fretting the strings from underneath mess with your ability to play compared to a guitar? It seems like you wouldn't be able to change notes nearly as fast on the tagelharpa because you have to take your finger off the string, go underneath and then back up through the strings to get to the one nearest your thumb. Or is that just part of the instrument and you write music around it?

That's a very interesting notion, actually. Yes, as you correctly guessed, there's some extra effort required to switch between strings. But the tagelharpa is a drone-like instrument, so its primary nature is to articulate notes on a single string, while the others play a continuous, unchanging note (much like the bagpipe).

It's not by any means forbidden to play another string, however, as you can see me doing (quite painfully) at 1:04. But one characteristic of my tagelharpa is that the strings are quite closer to one another (1cm each). This is something I hadn't thought about while designing it, and I'd definitely add more space if I could go back.

I've also seen people do a neat trick which is possible when you play on the middle string: you articulate on it normally, and play notes on the upper string with the back of your finger. That's a whole other level of mastery.

Regs: the second I put a piezo on it, you can bet I'll distort the hell out of that motherfucker.

drew: haha. I think it's the first time I've managed to come up with a motif that sounds unique and actually like a real proper melody with an identity. I'm expecting any minute to find out it already exists and I unconsciously copied it. Is that what all musicians feel like?

Every word of that was interesting.

Huh, so it's kind of closer to a hurdy gurdy than a guitar or violin in that respect. Neat.

I really wanna make a Viking short and have you do the soundtrack now.

I would gladly welcome the practice, both in tagelharpa playing and in music making.

I would gladly welcome the practice, both in tagelharpa playing and in music making.

You wanna DM me your email when you get a sec? We might take you up on that for one of the tracks Kyle is producing for Innervate.

Did a little photoshoot in my forest of a garden at sunset today for a proper social media post which should go online tomorrow. In the meantime, here's the whole export. 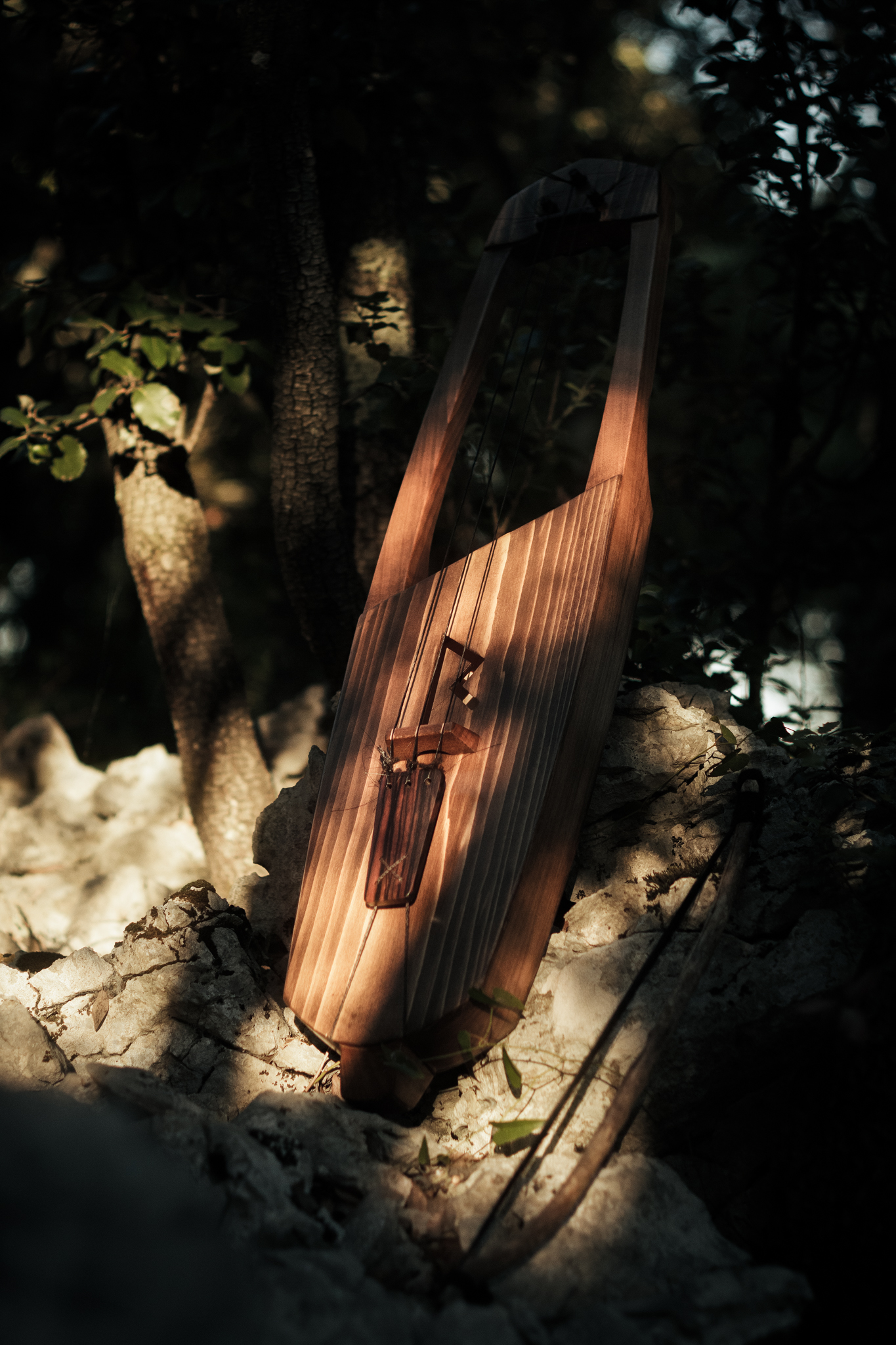 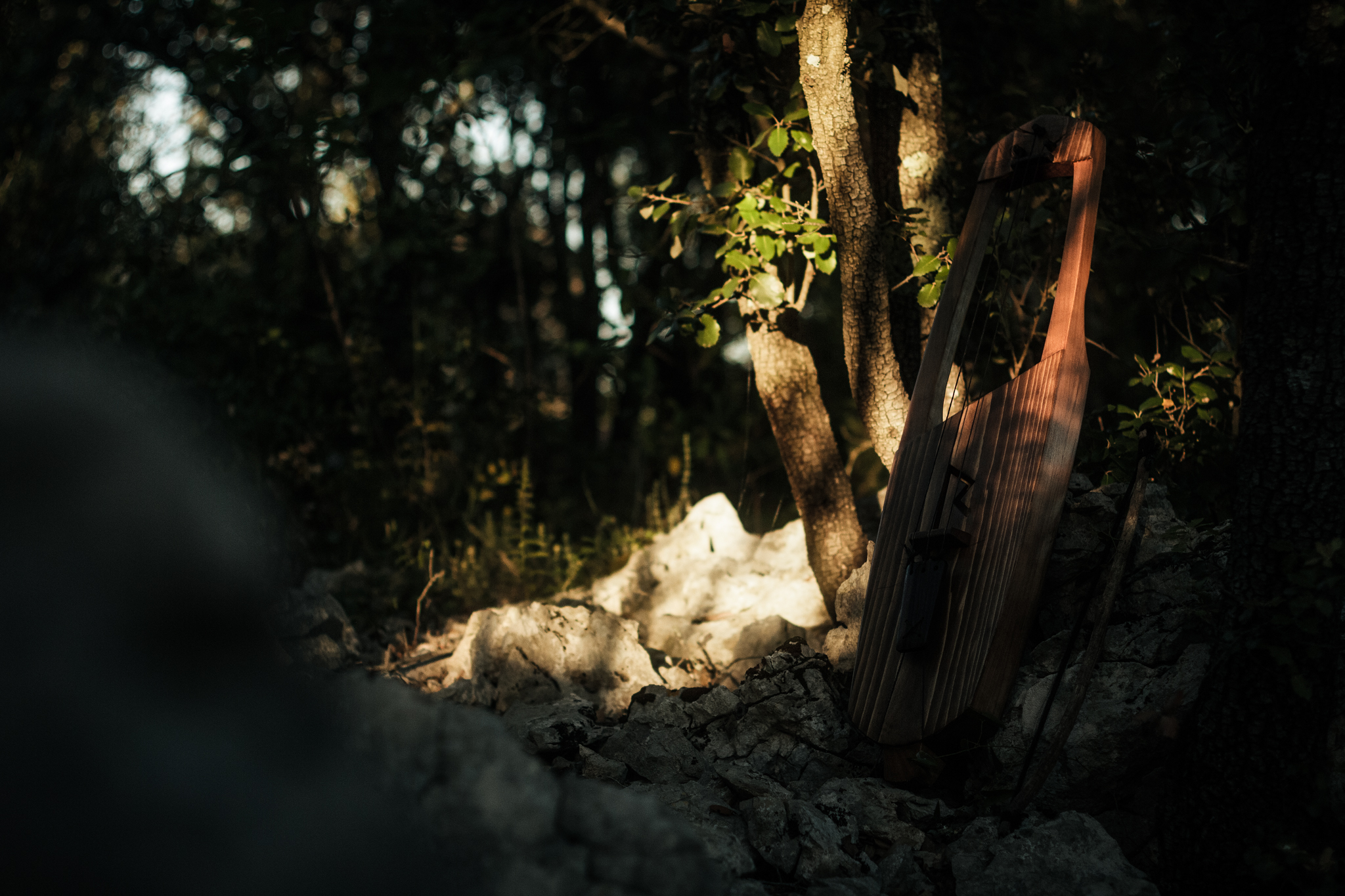 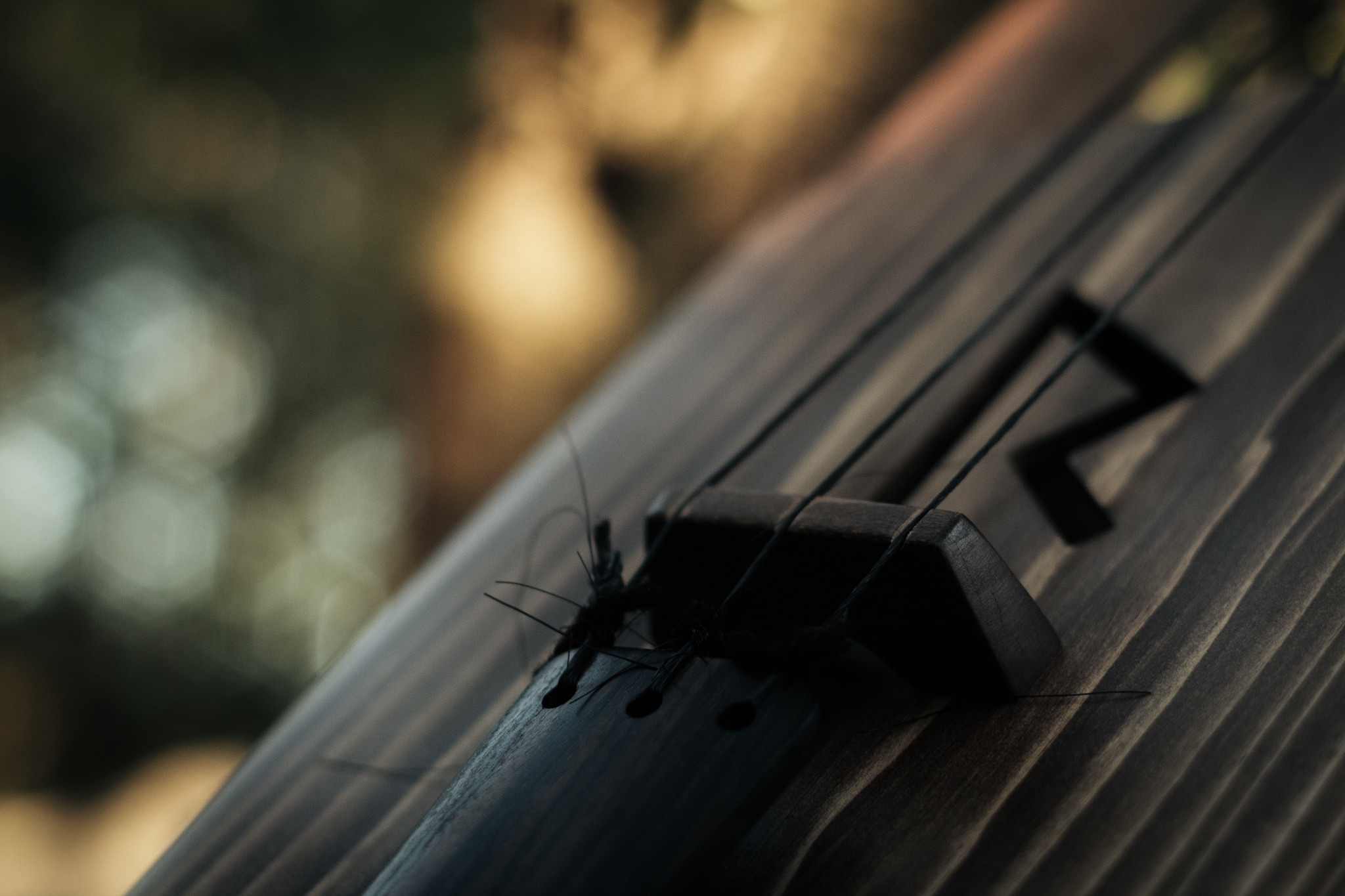 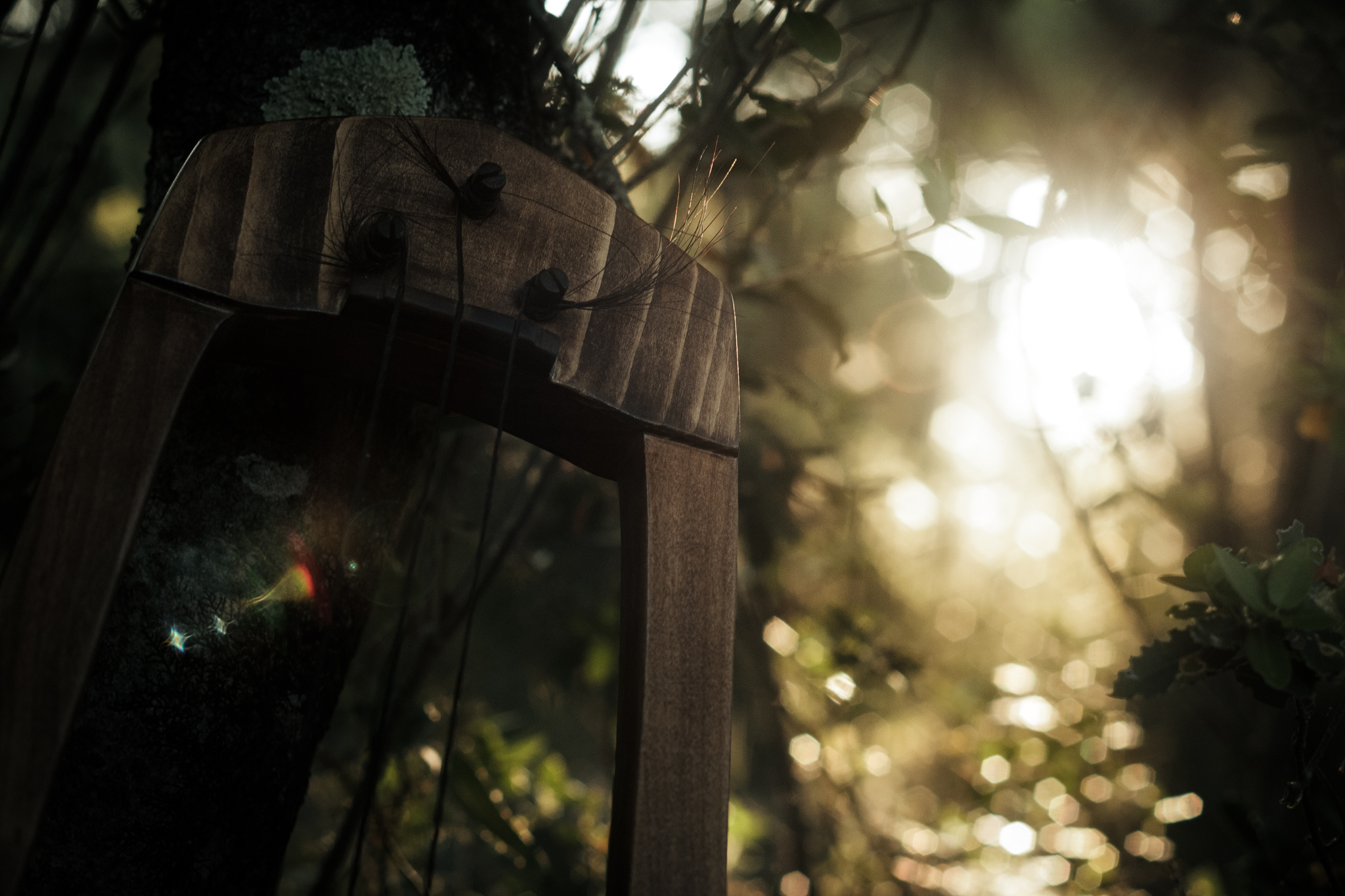 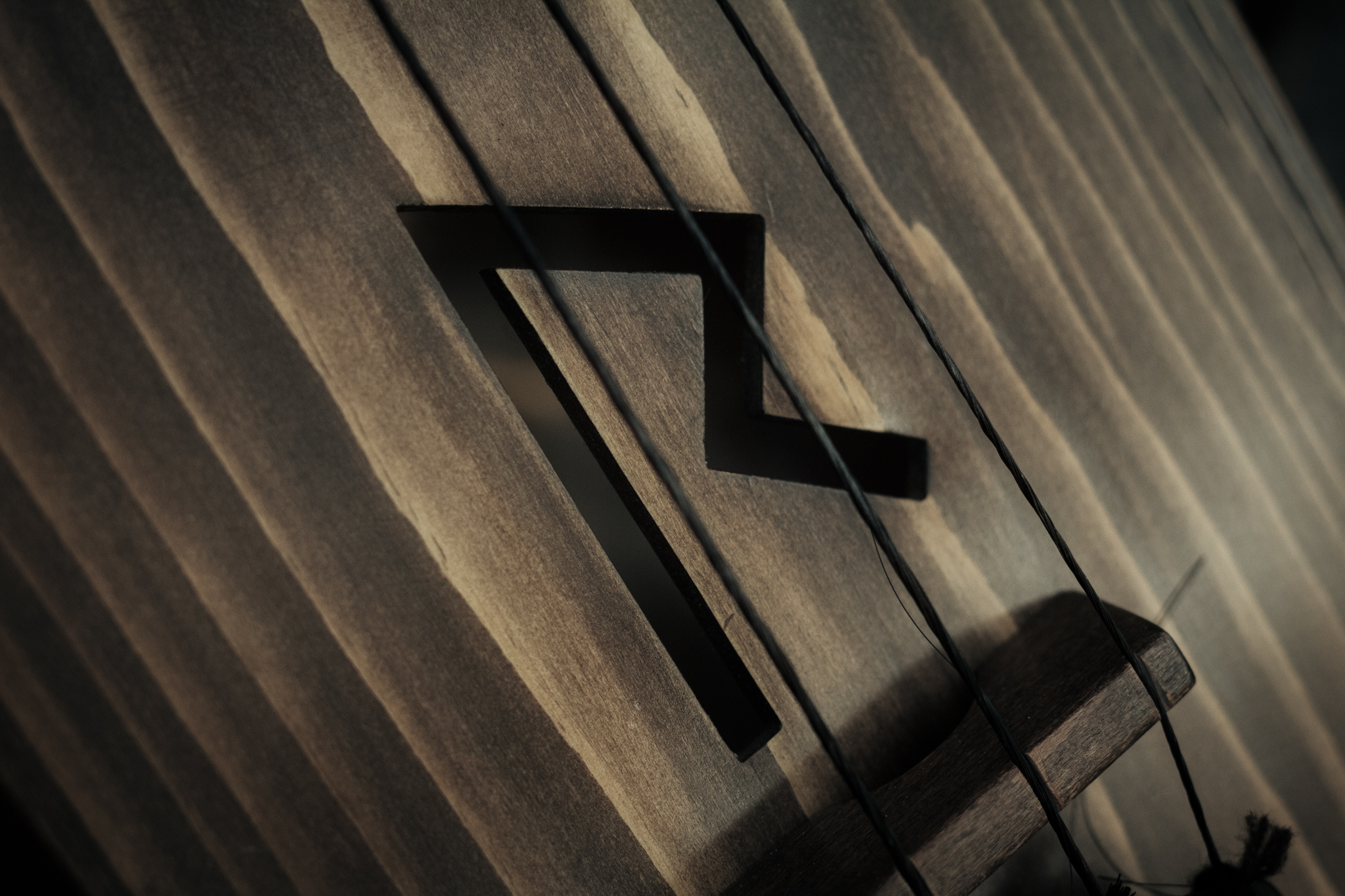 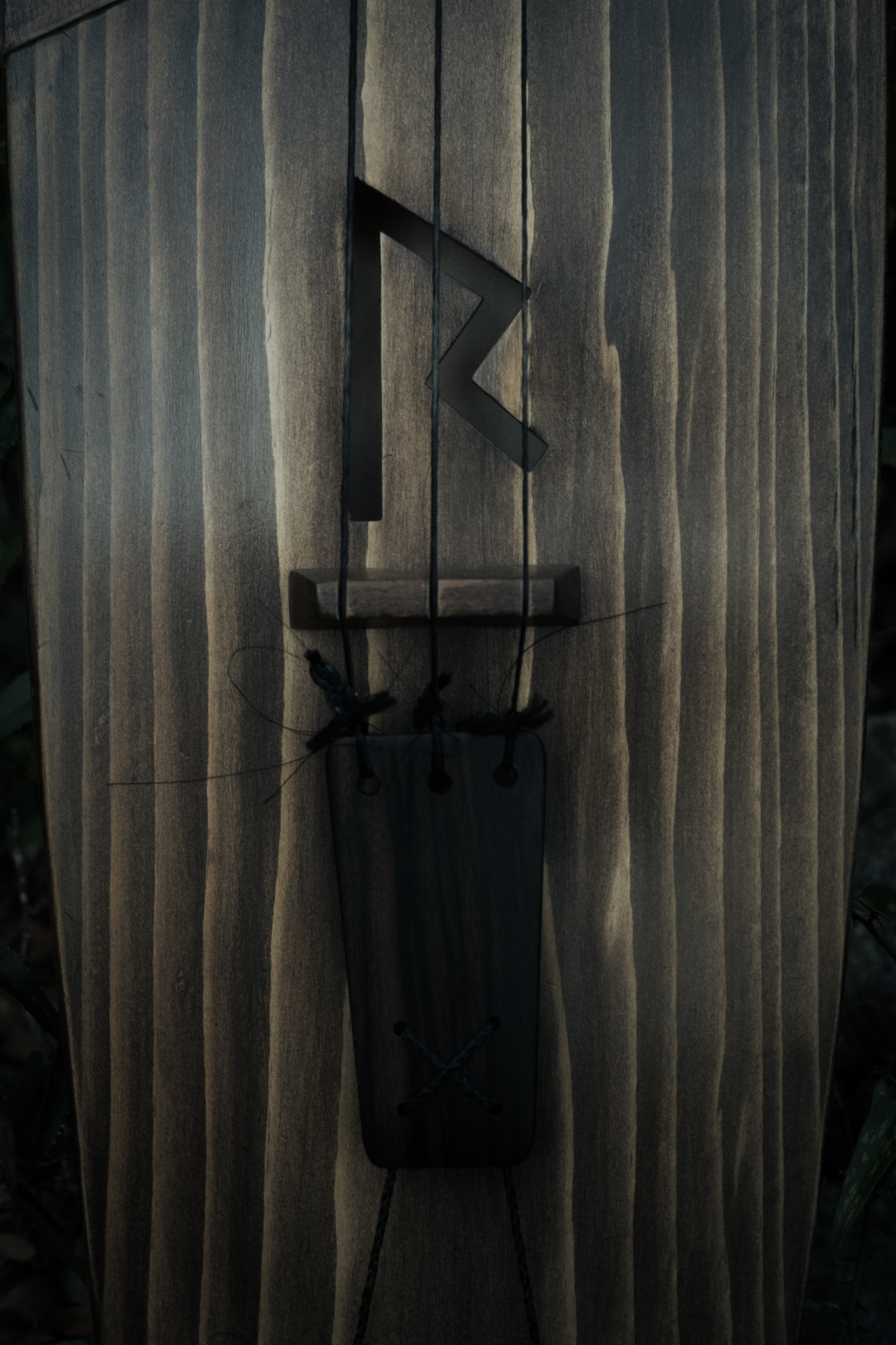 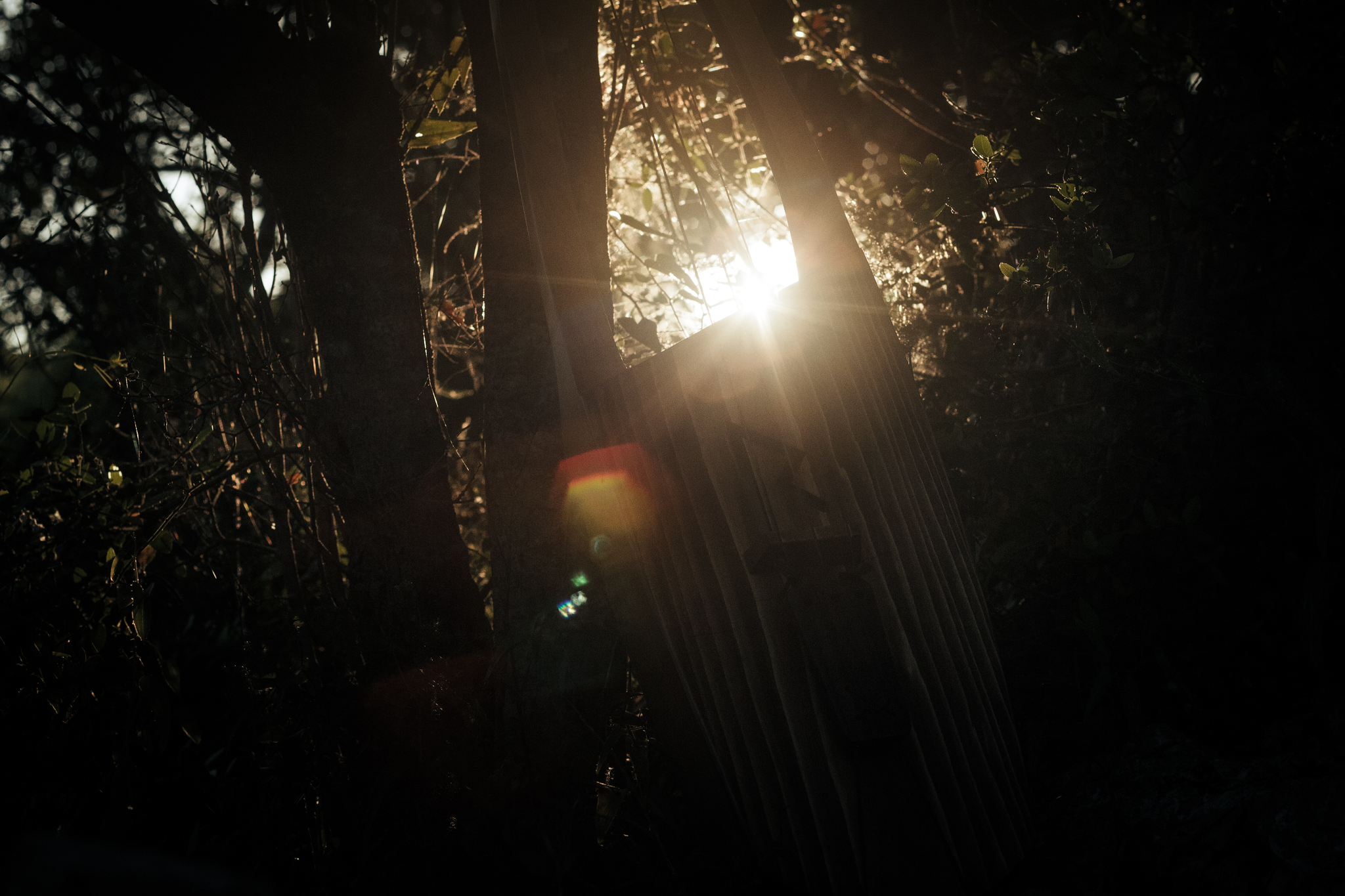 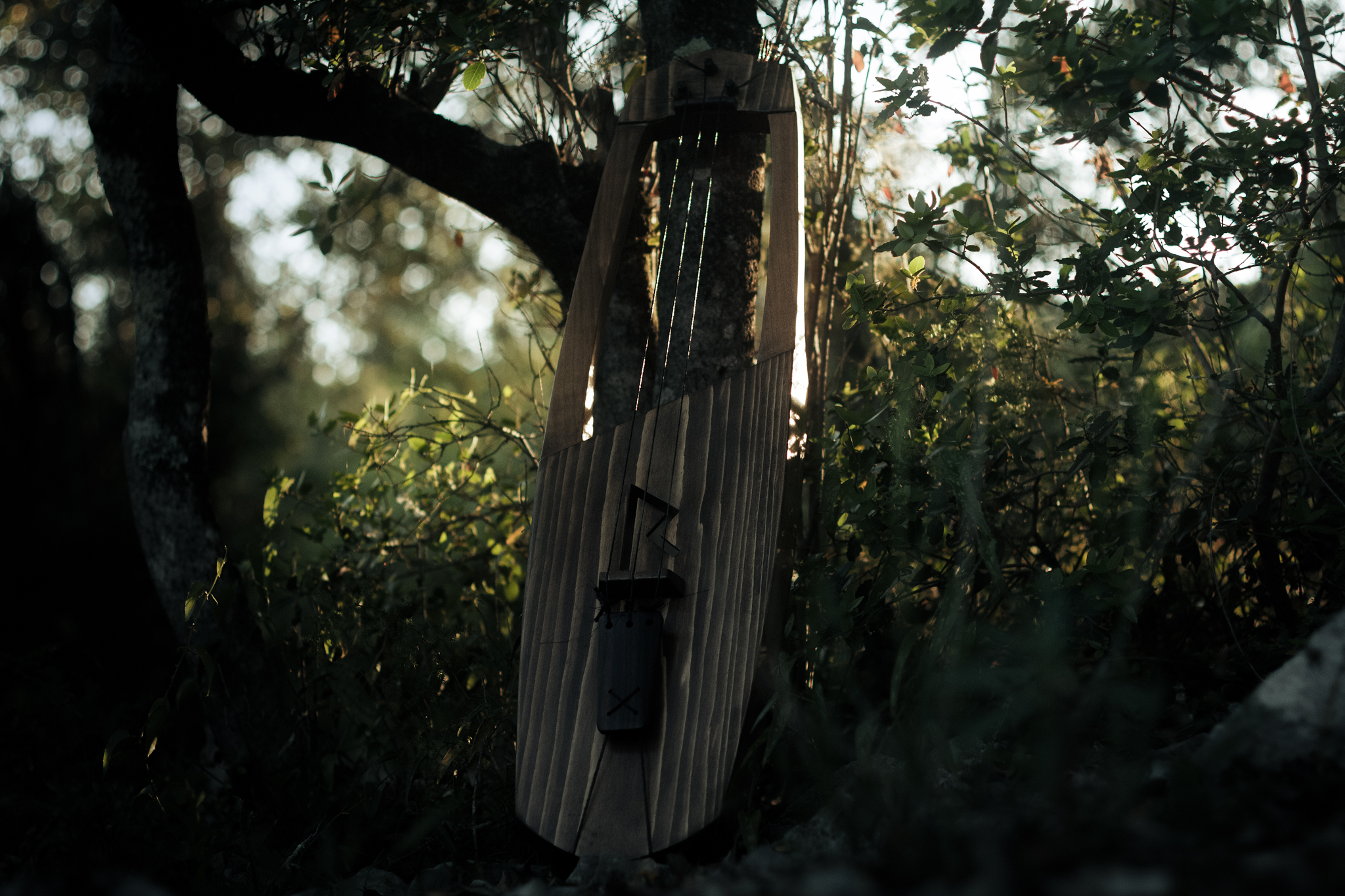 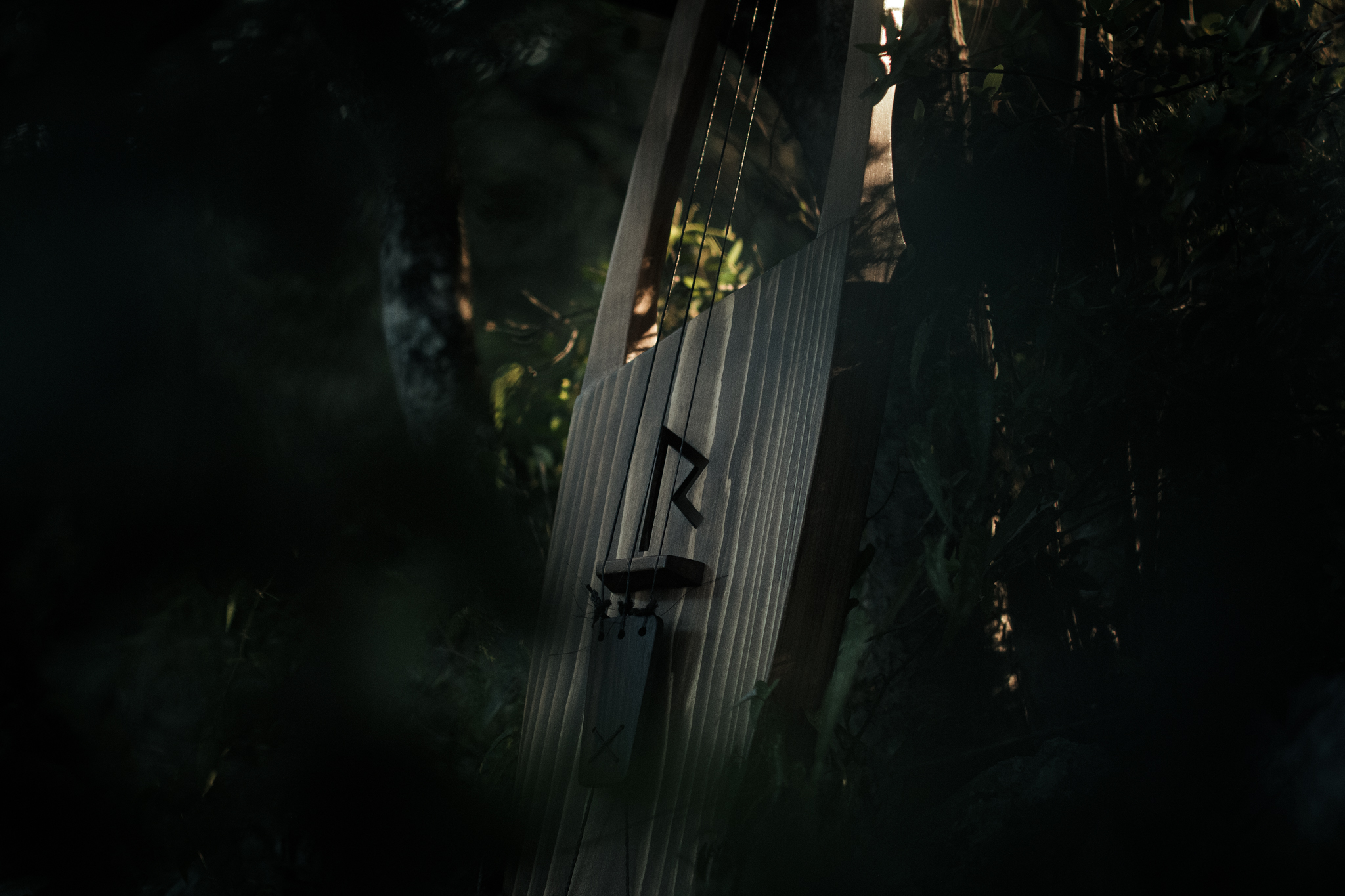 PS: I may have gotten myself a Røde NT-1a, studio headphones and an audio interface.

PS2: I may also have gotten myself fine-tuners, but they are cello fine-tuners and turned out to be roughly 3 times too big. I'm dumb.

You should do more pictures. You should just keep taking pictures of this thing forever.

That is one hell of a beautiful instrument.