Topic: 'The Lonely Dinerchurch of Drinkwater' - A Drawfee Fan Art

Here it is folks, the b- okay not THE big one, but definitely the second biggest one. A while back I realized that it's been, literally years, since I actually posted any personal art that didn't have a WIP disclaimer on it because I have been so hyper focused on Innervate and I figure that's one of the reasons I've been so artistical bleh considering I used to work on like 20 different things at once, so I'm trying to do some more side projects and actually put some finished stuff out in the world. And a lot it is probably going to be fan art because I can at least emotionally distance myself from it enough to quash a lot of my paralyzing perfectionism until I relearn how to be like, a person again... and because I have a list about a mile long of fan art pieces I want to do.

And here's the first one. Based on an illustration Julia Lepetit did for an episode of Drawfee.
Episode (her piece is the last one): https://www.youtube.com/watch?v=fNDS1_i … rawfeeShow
Artstation post: https://www.artstation.com/artwork/r9E0x2 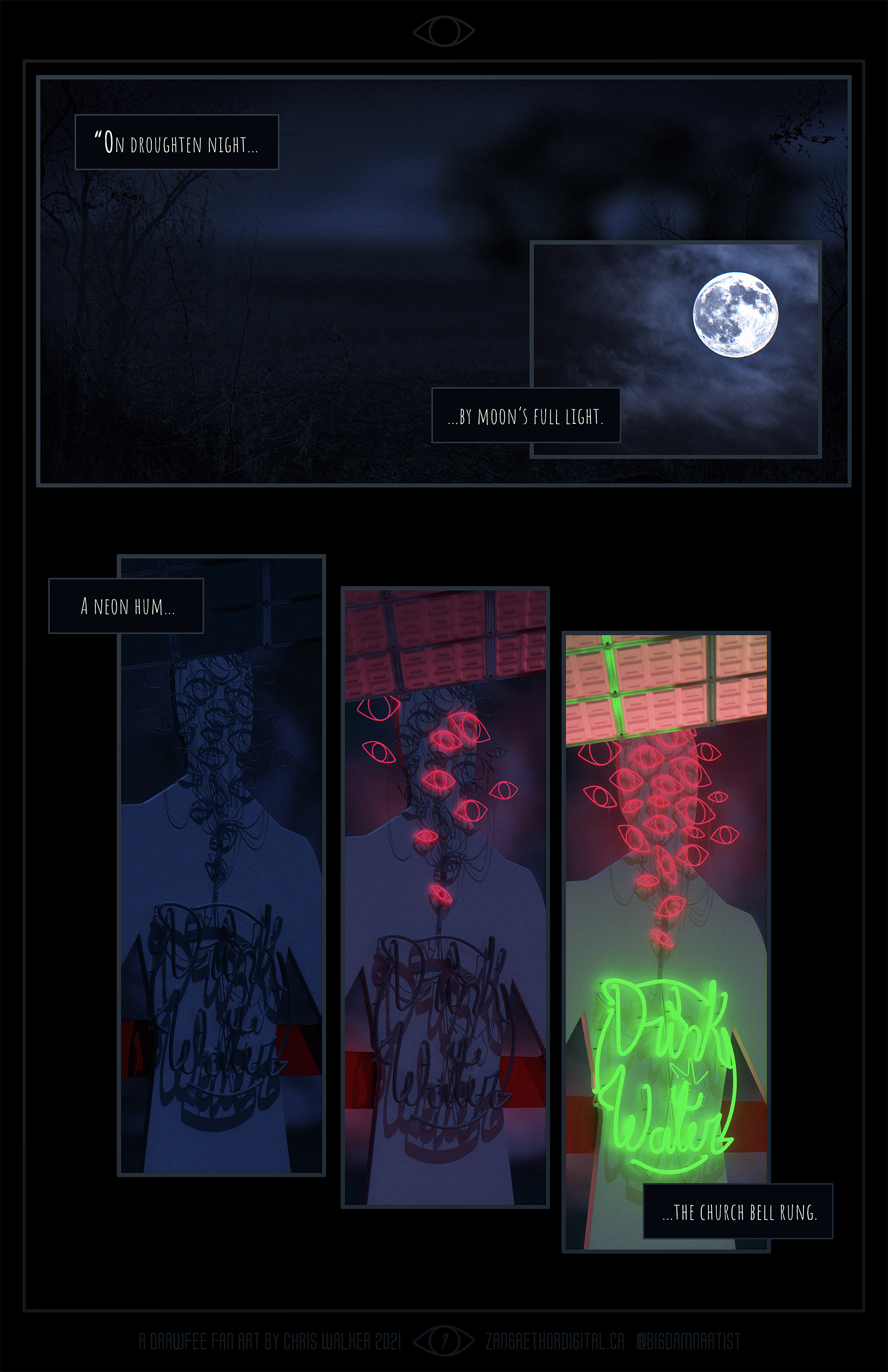 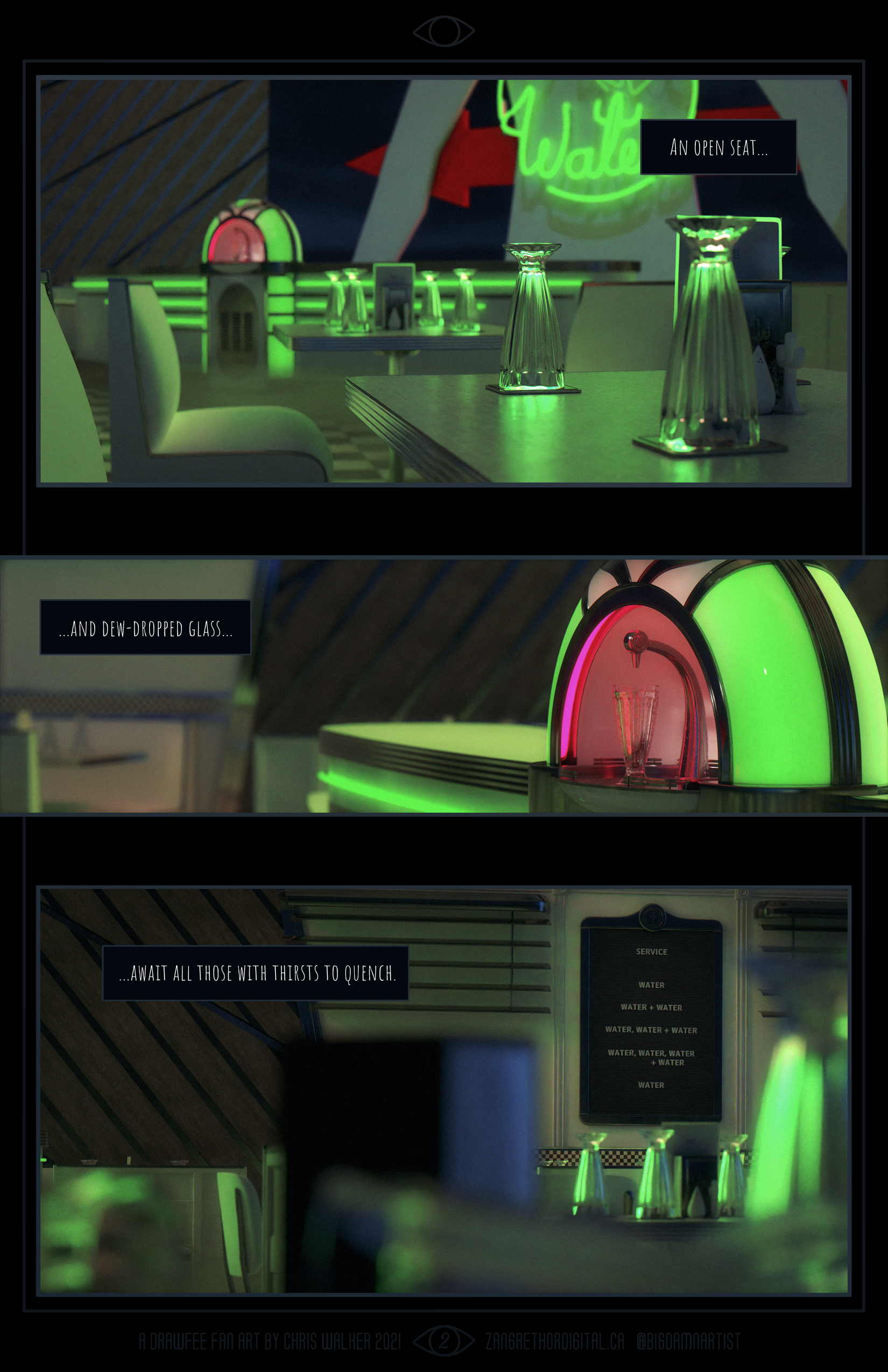 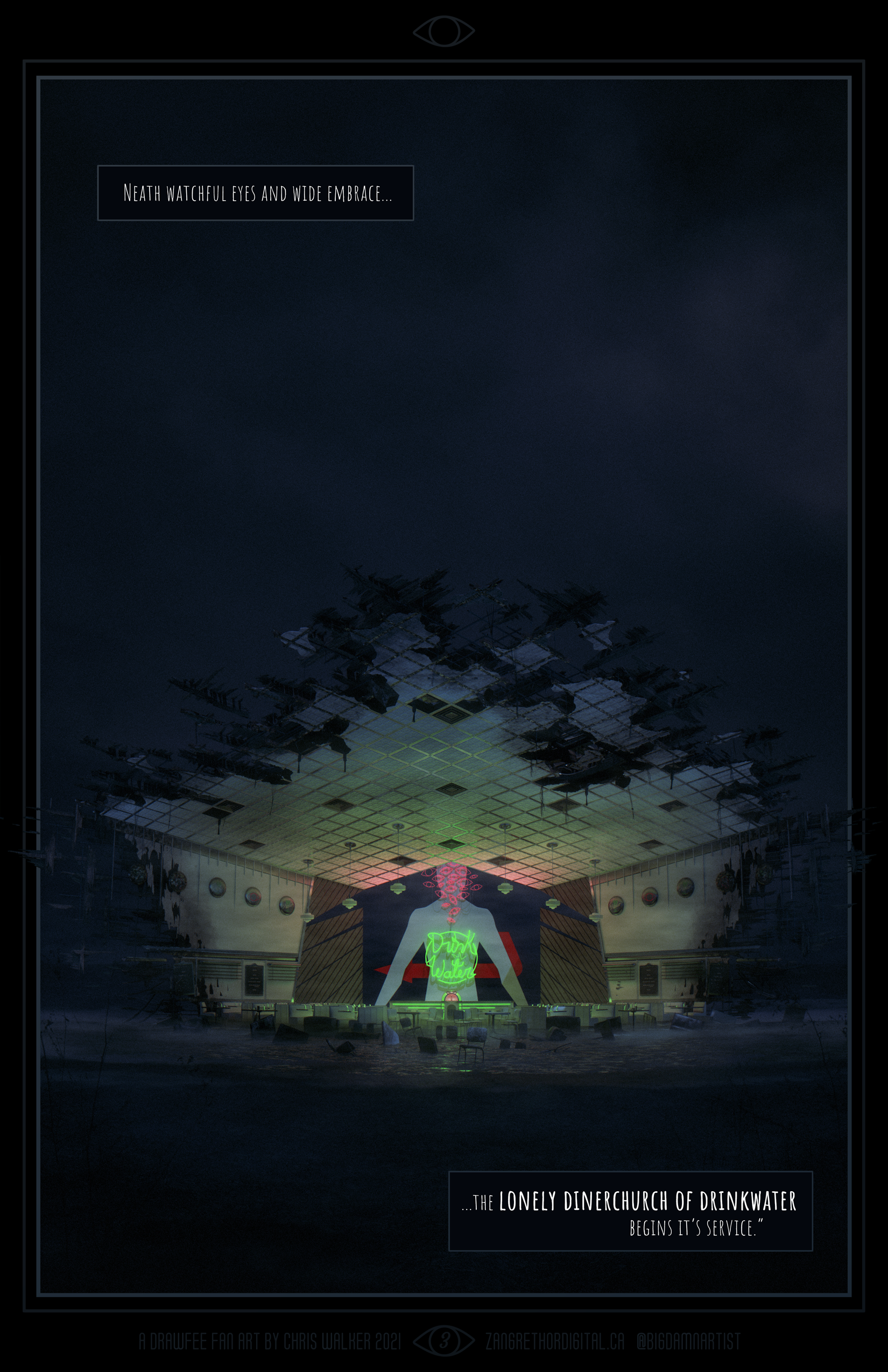 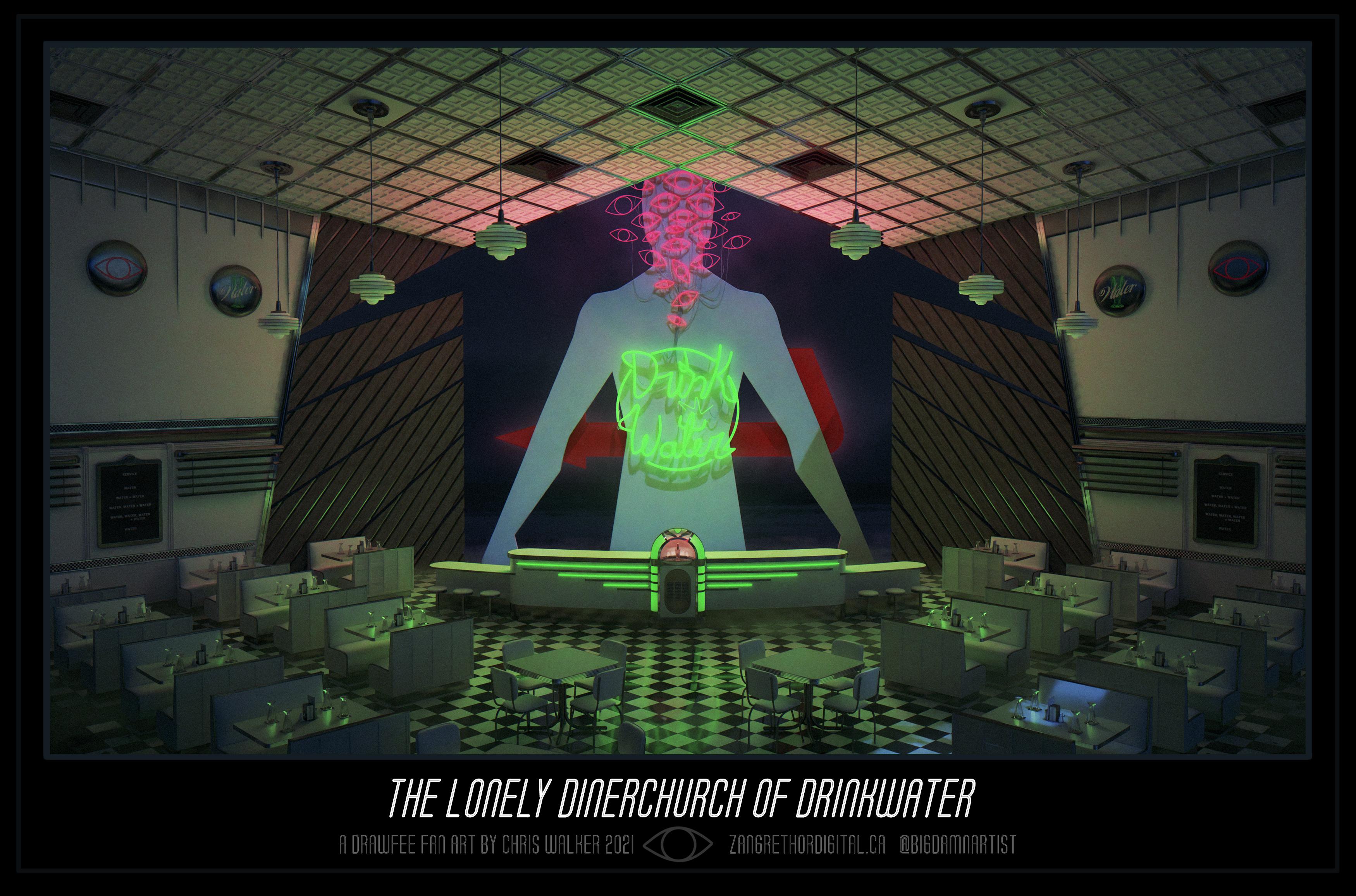 Edit: Did a bit of a re-comp on the last image.

Re: 'The Lonely Dinerchurch of Drinkwater' - A Drawfee Fan Art

This is such a delightful confluence of things I’m interested in, both aesthetically and directly.

The crumbling ceiling panels remind me of the musical interlude from Kentucky Route Zero. Was that an intentional inspiration?

Re: 'The Lonely Dinerchurch of Drinkwater' - A Drawfee Fan Art

Thanks dude! And big same, pretty much the second Julia started going down this road in the episode I was head over heels in love with the whole thing and it's been sitting in the back of my brain percolating ever since.

I've actually never played KRZ, heard of it, but that's about it. Gonna have to fix that soon I think. As for the actual inspo, basically it was the convergence of the two main thoughts going on when I was developing the idea: 1) In the episode Julia explained that she was aiming for a "midwest diner meets midwest open air chapel" sort of thing, so that gave me the overall shape of the 2 walls and point roof opening out. And I knew that I wanted to incorporate some more of the diner aesthetic into the walls. And then 2) I knew I wanted to make it a cryptid, ghost-story, sort of thing, and where I eventually wound up landing was the idea that this place that was basically metaphysically ripped out of another universe and exists here for a time and so everything around the edges is aged and destroyed and shredded, and then it gets more and more pristine towards the fountain. So that let me kill the two birds of "creepy, haunted place ripped from another reality" and "creating that shape" with one stone, and the rest just naturally fell into place from there.