Just watched Hansel and Gretel: Witch Hunters starring Jeremy Renner and Gemma Arterton's stunt doubles. I like that it was rated R and was gory enough but the action was poorly directed and the swear words seemed out of place. 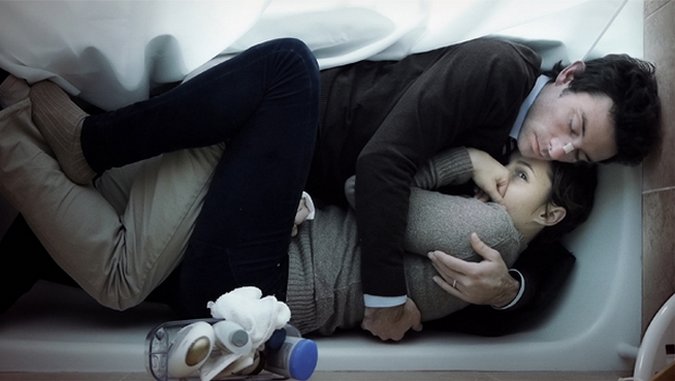 I watched "Upstream Color", the latest Shane Carruth film (the guy who made "Primer").

It is definitely an art film, and it is not very accessible when you are watching it. Shot on a Panasonic GH2 DSLR, and the budget was probably very low, which makes it very interesting from that angle.

The movie has very little dialog and long passages of only visuals guiding you through the story, and it has a disjointed style to the storytelling following two protagonists and their relationship to each other and others. While it might not seem like it for the first half of the film, it does have a point. But unlike Primer which had so much information you tried your best just to keep up and sort thigns in your head, this has almost the opposite approach, not giving you much information at all, making you constantly grasp at straws to find meaning in it. Unfortunately this makes subsequent viewings less rewarding, possibly even tedious, unless you fall in love with the cinematographic or acting aspects of it.

Also watched "Mama", horror presented by Del Toro and directed by a fairly fresh filmmaker.
The film is just "meh". The ghost follows the asian design with black hair and creepiness, the plot is really thin, the entire film just plods along procrastinating for 80 minutes before finally deciding to reach the finale. The film becomes surprisingly interesting in the last 10 minutes thanks to the score finally doing something and some very beautiful yet creepy effects. It's way too little way too late though.
Jessica Chastain is smoking in it though. Always something.
Skip it and watch "Insidious" if you already haven't. If you already have watched Insidious, watch it again, because that is a horror film that manages to stay close to the tropes while introducing fresh aspects and approaches to horror films.

The way Mama moves creeped me out as did the first time we see the kids in their feral state but apart from that, I agree. The film isn't that special. I did jump a couple of times listening to it through headphones, though

Yeah, some "move towards the camera quickly and/or creepily" moments made me jump for a second. Also the movement of Mama, particularly the hovering at the end, really looked like practical "slowmo backwards underwater", similar to this little gem:

Excellent "fictional documentary". The film follows jake Gyllenhaal's character as he documents his work with the police in LA. Initially the film switching between physical cameras in the scene and storytelling POVs may distract from the documentary feel, but that was quickly forgotten by me. I was sucked in by the way the story was told. It completely managed to immerse me in the characters to the point I didn't even consider I had been watching actors at the end. Highly recommended viewing.

My fiancee and I have a pact to watch all our DVD's we either don't remember anything about, or haven't seen.

This week was "Ballistic".

I don't wanna talk about it.

Saw The Challenge on youtube - 80s movie about an American boxer (Scott Glenn) who's hired to smuggle a Japanese sword into Osaka for Toshiro Mifune and all sorts of antics ensue. It's ok, it jumps around a bit and moves dangerously close into 'Westerners can learn martial arts over a couple of weeks' territory. I did look at the clock towards the end to see how much more there was of it, which I never think is a good sign.

Also saw Lost in Translation. I thought it was ok, quite melancholic but had a few much needed funny moments too to lighten the mood, even though some do come at the expense of the Japanese. Bill Murray really steals it (not that he really has anyone else to steal it from), and I was taken aback at first by just how young Scarlett Johansen looks in this.

I watched Megamind yesterday with kids, and we loved it. It was perhaps a little too much like The Incredibles and Despicable Me, but fun nevertheless. I also revisited O Brother Where Art Thou? and Zathura with them and had a good time.

I watched Wes Craven's Cursed last weekend, and was surprised not to hate it. It was a bit predictable, and underwritten and seemed to be trying to ape Joss Whedon.

I also watched the first episode of Farscape this week and found it to be interesting (I had zero knowledge of it previously) but probably not enough to hook me.

Farscape is Muppets. That should seal the deal. I won't say it gets better in the later seasons, but the evolution is generally satisfying.

Finally watched 'Rango' today, almost by accident. I had dozed off during a re-watching of 'The Lorax,' and woke up just as some lizard with a vaguely familiar voice splatted on Hunter S. Thomson's windshield. Trippy. What a gorgeous piece of work, that film. Nice example of winning by turning the bad guy over to your side.

Love Rango, its a cartoon for film-geeks first, kids second. Crazy homages to Raising Arizona, Apocalypse Now, Chinatown, you name it. And anyone who says Hans Zimmer is over-rated needs to listen to that score, which is amazing.

II also watched the first episode of Farscape this week and found it to be interesting (I had zero knowledge of it previously) but probably not enough to hook me.

Seriously stick with it.

This morning I watched Dark Skies (2013) and it actually wasn't bad. It wasn't jump scare filled and had a couple of scary moments that weren't accompanied by a loud music sting which was refreshing to see.

I would say that at least it had striking visuals, but it didn't even have that. The geography was so flat and uninspired. The sets looked cheap. 300 did everything so much better.

I did like the interesting transitions. They were clever and artistic, but out of place in such a vapid film.

The one cool shot was at the very end. That was the movie I wanted to see.

My favourite shot from Immortals is during Perseus' battle with some henchman in the first act, when he jumps off a rock and throws a spear in slow motion. Very cool.

Here it is, starts about thirty seconds in.

I could watch this over and over, and the some of the battles in the climax are ok too, but I agree the rest of the film is pretty average. I don't know why they can't really exploit Greek mythology to create a good movie, it seems that the writing/acting/directing always fall short. Maybe they try to be too many things to too many people?

I think you're on to something there, redxavier. It's too mainstream and too watered down. They kept the violence of Greek mythology, but left out the magic and mystery of it. Instead of something unsettling and striking, it's an ultraviolent Power Rangers movie.

Take this same story premise, same characters, same setting, but put it in the hands of, say, a Lars von Trier. THAT's a Greek mythos movie I'd pay to see.

From the trailers, it seemed like that Kanye West video stretched out to feature length. 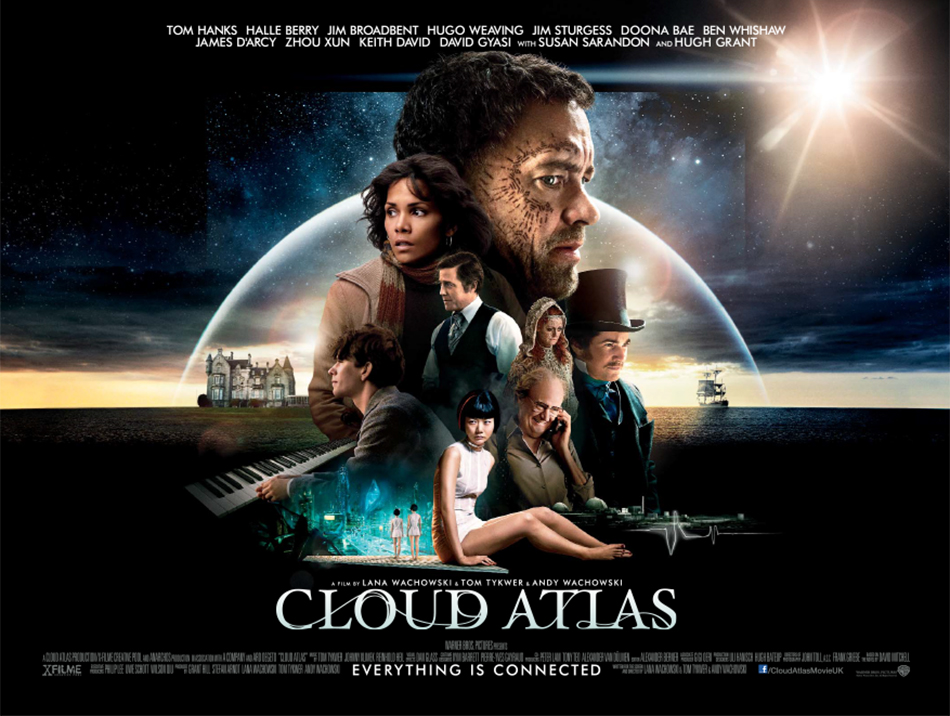 What did you think of Minority Report? I remember thinking it was good, and that I hadn't any complaints whilst watching it (even thought it was reasonably clever), except that I came away thinking that it missed being 'great' and was somehow unremarkable (if that makes sense).

Last night I watched Bullet to the Head (2013) and Stallone 'saves the cat' 3 times in the first ten minutes! And one of those times it is an actual cat.

Damn. I am new to korean movies, so I wasn't expecting getting so repeatedly hit on the head with a hammer (which is very appropriately said consdering the movie). This movie is tough, but the characters are very well developed, and it kept me thrilled the whole time.

I'm a huge fan of Korean movies, in the last decade they've really stepped up on the quality. A Bittersweet Life, A Tale of Two Sisters, Sympathy for Mr Vengeance, 300 Pounds Beauty, My Boss My Hero, My Wife is a Gangster, The Chaser, I Saw the Devil, Musa, My Sassy Girl, and JSA are among my favourites.

As a general rule, Korean movies do tend to dip into tragedy (or melodrama depending on your cynicism) in the last act, even their comedys and romantice comedies punch you in the gut.

"Mother" is totally worth seeing. It's a quiet, intimate slow-burn of a film. In some ways, it doesn't feel very Korean if what you're used to is stuff like "Oldboy" and "The Host". I really enjoyed it. My guess is it's not for everyone, though.

What I love so much about Korean movies in general is their ability to seamlessly move between dark drama and lighthearted humour and then back again without ever losing the overall tone of the film. There's something going on deep down on a cultural level, I think because I've noticed that happening on a number of different films by a number of directors. They have their own flavor. And to me, they often feel more cinematic and sometimes more fulfilling than a lot of Western films because they don't attempt to follow any of the usual Hollywood conventions and it's a really refreshing experience.

Alright you guys have officially got me interested. Short list for the absolute newbie to Korean cinema (Aka me)?

I'd like to get more into Korean cinema. My only real experience is with The Hist, which I don't really like.