Friends In Your Head | Forums → Off Topic → So, Mike was hit by a car.

I'm so sorry to hear this, but I'm very happy to see how much support this campaign has generated in such a short amount of time. I don't have 10k to spare but I've thrown my two cents in. Please keep us updated as to how he's doing and what the story is with the driver who hit him.

I first met Mike in prison when I was 27 and he was 8. The first thing he did was come straight up to me and punch me in the face. That was uncalled for, and I said so, but Big Sal said that since Mike was only 8, I was the biggest guy he could conceivably take. That seemed unfair at the time, because I was like 138th out of 192 in ranking on the cell block and most of the guys below me were old-timers and Wee Wendel, who was a dwarf with no legs, so I was like "What is he even in for?" and they said "Wire fraud" which is pigeon shit, but they said impersonating a member of Congress for the purpose of obtaining free postage privileges was even more pigeon shit. So he became like mascot of the cell block, and I became 139th out of 193 EVEN THO I BAKED BROWNIES FOR EVERYONE WHICH SHOULD COUNT FOR SOMETHING.

Anyway, we lost touch after he made parole, and it was nice to catch up to him on the Friends in Your Head forum, even tho he pretends those days in Manatee County Jail never happened, let alone those day trips to Cockroach Bay Aquatic Preserve and that crazy plan we hatched to catch alligators and ride them past Dung Islet, thru Hole in the Wall Pass, beyond Snake Key, and up the coast thru Little Cockroach Bay to overnight on Negro Island and then on to freedom after going around Goat Island to the Devil's Elbow to get to Paradise Mobile Home Court.

But we never did it because he had this crazy notion to go SOUTH to Bishop Harbor, overnight on a nameless islet in Hell's Half Acre, slip into Tuberculosis Bay, steal a camper from Frog Creek Campground to get to Honor Thy Pet Cremation Services, because he had an uncle that worked there, and then what? Drive north on Tamiani Trail RIGHT PAST MANATEE COUNTY JAIL?! That's bullshit.

TL;DR
Mike's a great guy, and i wish him the best.

I do think we should each watch the twilight series in his honour. He shouldn't be the only one suffering.

I've been away from the boards for a long time, and this is just...awful. Awful. Thank you for keeping us updated, Teague, and please let me know if there's anything I can do. Mike's got a few fans at my college, so I'll be passing along the link to the medical fund in the mean time.

This is absolutely horrible news. Our household is still in the process of paying down a hefty pile of medical bills ourselves so I'm not sure how much we'll be able to help but we'll do what we can. 40k plus is already a staggering amount raised in less than a day. Wonderful job everyone. Even minor head injuries are scary and this certainly doesn't sound minor by any definition. Mike will certainly be in our thoughts and please do keep us updated. I'll be checking in often looking for updates.

Was anyone else injured in the accident?

Fuck, was offline for a day and I missed this.

What really gets me is the insane randomness of it. It wasn't risk-taking, it wasn't some genetic medical condition. Nope, a random car hits THAT spot at THAT time. It could be any of us, today, tomorrow, next week. How fucked up the universe is.

I wanna think he would laugh at the irony of it, a confirmation that the universe doesn't care and wants to kill you.

I hope he's able to fight this, to say screw you and come back at 110%, because that's what Mike would do.
Look forward to hearing him on the podcast again soon.

I can't believe this is happening.

Hope this all goes well.

Hoping for a speedy recovery.

Holy Shit, I hope Mike will get well!

The fact you have to fundraise for his medical infuriates me, you should all go torches and pitchforks on a government that allows that to happen!!

My #feels are with Mike, though I have to save some #feels for my mom, who is in palliative care with a cancer tumor the size of a grapefruit in her brain, some in her lung, and whatnot... today we celebrated her 78:th birthday, which felt.... odd.  She'll end up 78 plus some days, or maaaybe weeks. She's been in hospital for weeks. Costs us $10 a day....no matter the care needed.....

Yeah, the Nordic countries have pretty great health care.
Also noticed that the goal for the fundraiser has skyrocketed to 500k. If that's even remotely close to the actual amount needed, it'll be cheaper to have doctors from Norway fly over the pond.

Sorry to hear that, Z. I've been in a similar place.

Fundraiser goal is down to a more realistic 100k.

I still can't get my head around this. As bullet3 said, it was completely random and so goddamn unfair. Again, I don't know Mike personally, but what I know is that I was amazed at him getting in such good shape in the past few months. He must have worked a lot for it, and this event seems to deny it. It's heartbreaking.

I'm just venting, but I need to. I've thought about it almost constantly today, which is amazing because I don't even know him. I can think of many people in this community and podcast that would have the same effect on me.

What the Frenchman said.

I wanna think he would laugh at the irony of it, a confirmation that the universe doesn't care and wants to kill you. 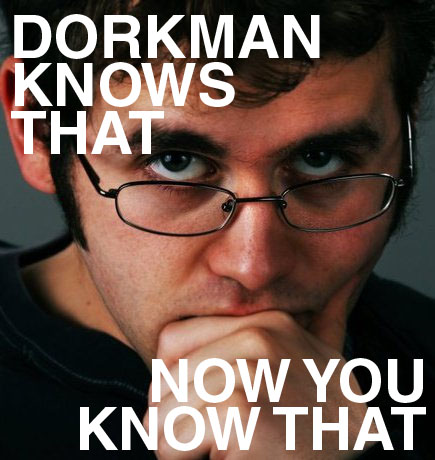 I was re-listening to the Malariathon before all this happened. Continuing to do so now, it just really hits home to me how integral and crucial a part of this podcast Dorkman is. Obviously it's low on the list of both his and our overall concerns ATM, but as this is still the DiF forum I can't help but say that it's going to be so weird for him to not be here on the show for however long his recovery's going to be, especially for those of us who discovered DiF though him in the first place. He's such a presence, and he's going to be sorely missed during his absence.

This comes as such a shock. I was just enjoying Mike's insights on the Pulp Fiction commentary as I was walking around Paris this week, Hang in there Mike. Like everyone here, I'm hoping to hear your voice again real soon. Our thoughts are with you, your family and the gang at FIYH.

I don't think I'll be able to watch the LCC judging this year.

I'm in the same position as Saniss here.

When my aunt passed away last year, she died of cancer. We were relatively close, and it hit home, but we had 6 months to prepare ourselves, mentally, and when she passed away, it wasn't that big of a deal. Everyone had said their goodbyes etc, and we moved on with our lives.

With Mike, I find myself constantly checking the fundraiser, the forums, and my inbox in case any updates are pending. I worry all the time about him, his condition and well-being.

AND I HAVE NEVER EVEN MET THE GUY. He was on our anniversary episode, and that was fun, but apart from that, I never even talked with the guy. I just adore him so damn much that I seemingly care more about him than close family.

This whole thing is fucked up, and I can't stand it.

And that's ME. On the other side of the planet. Literally a nobody. I can't even begin to imagine how you guys, and his family/roommate/boyfriend are holding up.

There was a moment of incredulity when Phi first mentioned this on the chat log, it's such bad news and so completely random it couldn't be true, this is the internet after all and it's about someone I sort of know, not just listened to for literally days but had discussions with. I'm gutted that it turned out to be true. I'll just repeat what I said on the chat - this is awful news and I hope Dorkman pulls through.

It sounds like he's stable following the surgery and I wish the best for his recovery, it likely won't be quick but from what I know about Dorkman, he's a fighter.

LOOK AT WHAT MORGAN DID

LOOK AT HIS LIGHTSABER PROTON GUN 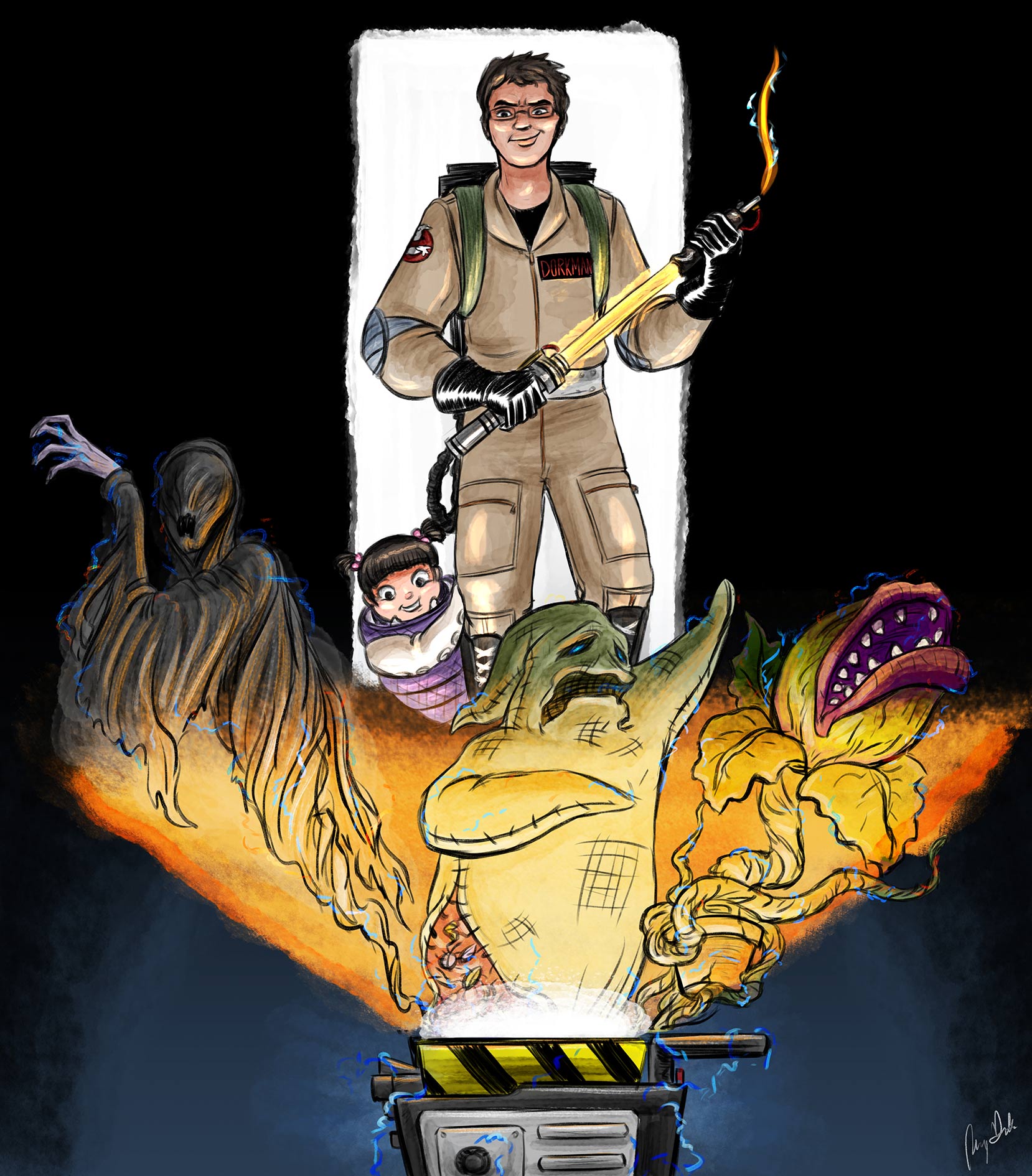 Friends In Your Head | Forums → Off Topic → So, Mike was hit by a car.